Bukhari hints at ‘blackout’ of opposition on PTV 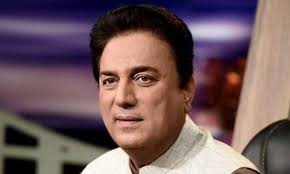 ISLAMABAD: Newly appointed chairman of Pakistan Television Naeem Bukhari has hinted at ‘blackout’ of the opposition on PTV.

When a reporter asked the new chairman outside the Supreme Court building if the opposition would be given equal airtime on PTV, Mr Bukhari replied: “Not at all.”

He said PTV was the state-run organization and it would only represent the stance of the government.

“Only government?” asked the reporter.

On Monday, the Ministry of Information and Broadcasting notified Mr Bukhari as chairman of PTV. Mr Bukhari has a vast experience of doing programmes on television.

During the previous PML-N regime, the Pakistan Tehreek-i-Insaf insisted on giving equal coverage to the opposition on PTV and even held a press conference at the Press Information Department.

Interestingly, the PTI manifesto promises to transform PTV on the lines of BBC.