QUETTA: The National Accountability Bureau (NAB) came under criticism in the Balochistan Assembly on Thursday as lawmakers said that NAB was holding their media trial on the pretext of corruption allegations.

Speaker Syed Matiullah Agha presided over the session. In a scathing attack, Molvi Sarwar Musakhel of JUI-F said: “Governor Balochistan himself was involved in corruption. His trial was carried out by the National Accountability Bureau and he remained in jail for embezzling government funds.”

He said NAB Balochistan was trying to harass Nawabs and tribal chieftains in the province and NAB officials were behind the media trial of the members of the cabinet of former chief minister Nawab Aslam Raisani.

He said soon after imposition of governor’s rule on the orders of the chief secretary offices of all ministers in the civil secretariat were closed at 2am.

“When I asked Secretary S&GAD (Services and General Administration Department) that I have to get some personal important documents from my office he refused to unlock the office, saying offices of all ministers have been locked on the orders of
high-ups,” Molvi Sarwar said.

“Mr Speaker, you are custodian of this house and you should call NAB Balochistan officials to the assembly as they are providing information about the so-called corruption to the media and are behind our media trial,” he said, adding NAB press releases had injured the privilege of members.

Syed Ehsan Shah of the Balochistan National Party-Awami said extortionists had set a garments factory in Karachi on fire that killed hundreds of workers but the federal government had withdrawn the FIR against the factory owners. He said Minister of State Salim Mandviwala was playing the role of middleman for extortionists.

He said Balochistan’s total annual income was Rs5 billion, including Rs600 million collected from excise duty on sale of alcohol.

He said that on the one hand the Council of Islamic Ideology (CII) had furnished recommendations for implementation of Shariat, on the other government employees were being paid salaries from funds tainted by excise duty on sale of wine.

Asad Baloch of the BNP-A said media was involved in “character assassination” of lawmakers of Balochistan. He said bureaucracy was hatching conspiracies in order to damage democracy. The house formed a five-member committee for legislation in the province in accordance with the recommendations of the Council of Islamic Ideology. 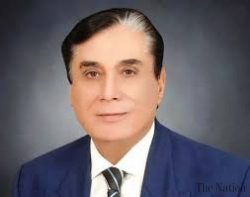 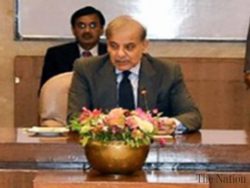