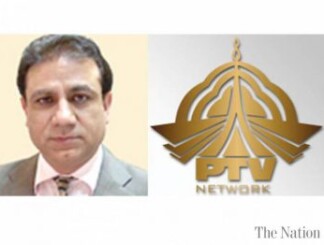 ISLAMABAD: Pakistan Television (PTV) former managing director Yousuf Baig Mirza said he took just three years to turn around the state-run PTV and doubled its revenue generation before being shown the door by the Islamabad High Court (IHC) in April this year.

Baig spoke to TheNation on Sunday and revealed that it was the top governmental authorities that contacted him in 2010 and expressed their desire to have him as Managing Director (MD) of the PTV while the later was working for a private media house. “One of the top government functionaries asked me to join the PTV as MD. He offered me salary package that was far less than what I was drawing from the previous organisation. However, I was offered 3 percent share in the revenue that the organisation would generate during my period as MD.

It sounded good to me and I joined the PTV on these terms,” said the former PTV MD, adding that he had been drawing 1.275 million Pak rupees per month that included basic pay and house rent etc plus 3 percent share of increment in revenue that the PTV was supposed to earn during his time. According to him, the PTV was generating a total of 1.67 billion rupees until he joined it as MD in 2010. Under his supervision, the PTV generated 2.3 billion rupees in 2011. In 2012, the revenue stood at Rs 2.4 billion while the PTV generated 2.9 billion rupees until 12 April 2013. Yusuf Baig Mirza, the man who launched PTV English and PTV Sports during his regime as head of PTV, was dismissed from service in April 2013 by the Islamabad High Court.

During his term as MD, Baig worked relentlessly to bring Pakistan Television among the most successful organisations. Baig known as YBM in local media mills, has now set his eyes on future high profile ventures in media and marketing. It is interesting to note that Mr Baig was not a respondent nor was he defendant in the case that was heard by the court. However, the court dismissed him arguing his appointment was contrary to the rules and regulations. Former PTV MD Ashraf Azeem filed a petition with the IHC challenging the appointment of Yousaf Baig Mirza. In April this year, the IHC dismissed Mr Baig and appointed Engineer Mustafa Kamal Kazi as an interim head of the state run television.