KARACHI: Dr Aamir Liaquat has said that the ARY channel had aired the same ‘Manqabat’ which was totally unacceptable and it hurt the sentiments of Geo viewers.

He identified that Mubashar Lucman’s channel ARY had telecast the same ‘Manqabat’ three times in the same manner on different occasions and as evidence, videos of the same were available on the web.

Dr Aamir further said that some channels were telecasting the controversial video and were provoking people against Geo, which was an act not in accordance with Islamic teachings.

Dr Amir Liaquat, who is the vice president of Geo Network, apologised on behalf of the organisation. Not only this but host of ‘Utho Jago Pakistan’ Dr Shaista Wahidi also made an apology on air repenting to God.Both the apologies were telecast throughout the day on Geo News.

Dr Aamir Liaquat also made a request to the ARY channel to apologise likewise, not repeat their mistakes and get a lesson from Geo. He also requested other channels not to telecast this controversial video as it was improper and created an impression that the mistake was deliberate. 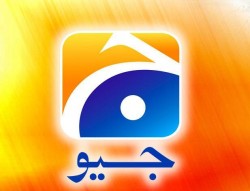