In connection with the 246th Independence Day of the United States of America that falls on July 4, the Arts Council of Pakistan and the US Consulate General in Karachi hosted an online musical concert.

The event showed the power of music to bring people together, with both the Pakistani and American songs as well as a fusion piece that blended the sounds of both countries together.

The Mary McBride Band from the US performed the Pakistani national anthem as well as American pop and rock songs. The Sounds of Kolachi band from Karachi performed the US national anthem. The Karachi Folk Orchestra featuring Mai Dhai, Arman Rahim and Wahab Bugti, conducted by Ahsan Bari, performed Pakistani music from Sindh and Balochistan.

The concert also featured a collaboration between Pakistani artist Muhammad Khan and American artist Ben Wright in which they fused Baloch banjo and US bluegrass banjo. US Consul General Robert Silberstein welcomed viewers and highlighted the strength of the bilateral relationship of the two countries. “The United States will continue to support investments in education and people-to-people connections,” he said. 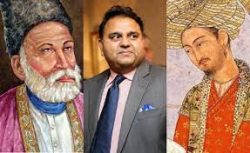