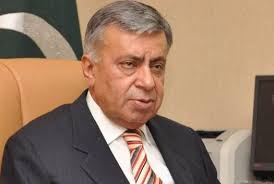 “It is hoped that the new CPNE body will proactively work for promotion of journalism in Pakistan,” a statement quoted PM Khan as saying. PM’s Special Assistant on Information Dr Firdous Ashiq Awan also extended greetings to the new leadership of CPNE.

President Alvi expressed the hope that the new body would work for development of responsible journalism, freedom of expression and dissemination of information to the general public. He also expressed confidence that the government-media relations would improve during the tenure of the new leadership.