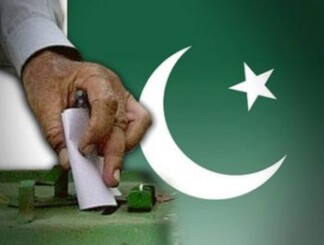 Historically, the Ahmedis have not taken part in any election at any level after they were declared non-Muslims in the constitution in 1974. They boycotted the general elections for the first time in 1977. In the later years, they also did not go to the elections when military dictator General Ziaul Haq introduced separate electoral system in the country in 1985.

Prior to this year (1985) all national elections were conducted on the basis of the joint electorate system, but Zia announced allocation of separate seats for non-Muslim Pakistani citizens in the National Assembly and provincial assemblies. Separate electoral lists on a different coloured paper were published for the purpose. The Christian, Hindu, Sikh, Parsi and Ahmedi voters were listed separately.

One seat in each in national and four provincial assemblies was allocated for the Ahmedi community. One proclaimed Ahmedi family contested the elections on every seat and Bashiruddin Khalid became a National Assembly member while his other family members became provincial assemblies’ members. It is pertinent to mention here that the Ahmedis did not accept these men as their representatives, as according to them they had never nominated anyone to represent them in parliament.

The interesting fact is that Ahmedis do not get their names registered in the voters list of the Election Commission of Pakistan and the only names included in the separate list of Ahmadi voters have been collected from NADRA record. According to the available data, there are about 200,000 registered voters of Ahmedi community in the electoral lists throughout the country and out of this number 115,966 registered Ahmadi voters reside in Lahore and Chiniot (Rabwah – headquarters of the community) districts of Punjab. Overall, in Chiniot and Lahore districts, there are 35,335 and 247,827 non-Muslim voters, respectively, constituting 6 percent of the total registered voters here.

According to the Jamaat-e-Ahmadiya Pakistan (JAP) spokesmen, “They have been boycotting the general elections’ process since 1974 when their community voters were put in the list of religious minorities so from that day no Ahmedi is contesting the elections or casting vote on the election day, and those who will do so they would no longer be considered a part of the community.”

In the Pervez Musharraf regime the government decided to restore the joint electorate system, but in a religious gathering chaired by Musahrraf, religious scholar Engineer Saleemullah Khan protested against including Ahmedis names in the electoral list. Musharraf vowed to redress the grievance. The next day a chief executive order was issued calling for preparation of separate list for the Ahmedis. The Ahmedi community boycotted the process again. Another interesting fact is that the election commission has listed all non-Muslim Pakistani citizens – Hindus, Christians, Sikhs, Parsis and people of other religions on one list while there is a separate list for the Ahmedis. 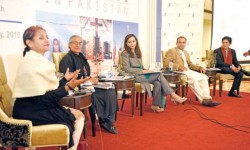 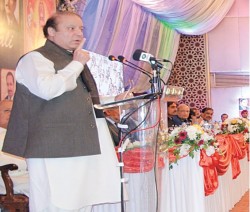 PM vows to protect rights of all religious communities