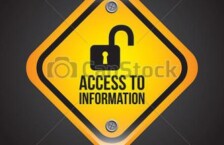 ISLAMABAD: The Commission on Access to Information (CAI) remains non-functional four months after it was notified in the absence of funding from the government.

According to Information Secretary Shafqat Jaleel, a summary for the allocation of funding for the CAI will be moved to the Ministry of Finance soon. Another will be sent to the Prime Minister’s Office for the finalisation of the terms and contract conditions of the chief and federal information commissioners.

Under The Right of Access to Information Act, enacted in October 2017, all “public bodies” were to proactively disclose information by April 2018. However, the majority are lagging significantly behind in ensuring their online presence. If their websites do exist, they only provide a limited amount of information proactively.

Three information commissioners are working out of a room in ISA, have not been paid for months

Although the law mandated that the CAI be established within six months, the last PML-N government did not take any measures to this end. The PTI government notified the CAI on Nov 7, 2018, and nominated former information secretary Mohammad Azam Khan as the chief information commissioner.

According to the requirements for federal information commissioners, one must be eligible to become a high court judge and the other may be from civil society with 15 years of service towards right to information. The government nominated Fawad Malik under the former conditions, and Zahid Abdullah under the latter.

Mr Khan told Dawn that he and the other commissioners are working out of a one-room office in the ISA.

Mr Khan said the three officials have finalised budget rules as well as work to launch the commission’s website, but was unable to do so without an office address and contact numbers that need to uploaded to the website so people can sent in complaints easily.

An information ministry official who asked not to be named said that although the law requires the government allocate a budget for the commission, the budget has not been allocated thus far.

“Commissioners sit at the ISA but they don’t have staff, furniture, printers, copiers or other equipment. Despite that, they have received more than 30 complaints of government offices that were not providing the public information.

“The commission is also bound to ensure public sector organisations provide information on subsidies and expenses on their websites, but a number of government departments don’t follow the law,” he said.

Commissioners have four year tenures, the official said, but they have to be paid. The officials have not been paid for four months in the absence of funding.

“The law requires all public bodies to upload and publish basic information, including actual expenditure, revisions in budgets, supplementary grants, performance and audit reports and the like. In the case of any complaint, citizens can lodge complaints with the commission, but unfortunately the commission could not be made functional,” he said.

Mr Jaleel, the information secretary, said he is looking into the matter and summaries will soon be sent to the Ministry of Finance for the allocation of funds. The conditions of commissioners’ contacts will also be sent to the Prime Minister’s Office so they can be paid their salaries.