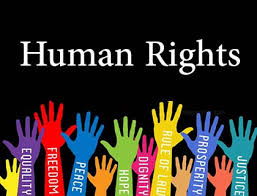 KARACHI: A 72-year-old prisoner, whom the police booked in a fake case to allegedly take over his property, was ordered to be released by the Sindh High Court (SHC) on Wednesday after setting aside his 15-month sentence.

A two-judge bench, headed by Justice Naimatullah Phulpoto, also ordered a Thatta district and sessions judge to conduct an inquiry into the police officials who booked the senior citizen, Dur Muhammad, in the false case.

Thatta police had booked and arrested Dur, and claimed to have recovered 500 grammes of hashish from his possession. Subsequently, he was convicted by a court and was sentenced to 15-month imprisonment.

In 2007, Dur appealed to the SHC against the trial court’s judgment.

During the course of the hearing of his appeal, Dur’s lawyers, Ali Gohar Soomro and Shabir Khan Kumbhar, argued that the police had implicated him in a false case. They pleaded to the SHC that the trial court had erred in convicting the appellant as there was no evidence establishing commission of the alleged offence by the appellant.

The lawyers alleged that the police had arrested Dur, who was an aging person, to usurp a piece of land that he lawfully possessed. The court was requested to set aside the conviction and sentence awarded to the appellant as he was innocent.

Dur filed the appeal with the high court on January 1, 2007. Unfortunately, his appeal had been pending for the last 10 years, nine months and 17 days.

During this period, different judges heard the matter. Finally, taking up the appeal on Wednesday, the two judges found that the prosecution’s story had glaring contradictions and lacked evidence to establish that the appellant had committed the alleged offence.

The bench set aside the conviction and sentence awarded by the trial court. While disposing of the appeal, they also ordered the jail authorities to release him forthwith, if his custody was not required in any other case.

Following announcement of the decision, emotional scenes were witnessed inside the courtroom packed with lawyers and litigants. Smiling 72-year-old Dur thanked the judges for rendering justice to him.

Bad cops to face the music

The judges also ordered a Thatta district and sessions judge to launch an investigation against the police officers who booked an innocent man in a false case. The district judge was ordered to complete the inquiry and recommend criminal proceedings against the officers found involved in the matter.