KARACHI: With the launch of 3G technology in the country, not only smartphone handset companies are targeting customers in Pakistan but leading brand of electronics manufacturers have found it right time to introduce latest smart devices such as television (TV) set to cash on fever of technology enthusiastic customers.

The TV set is one of the devices that make its handsome combination with next generation technology of fastest internet, Michael Ha Director of LG Electronics Pakistan said in an interview.

The world’s first organic light-emitting diode (OLED) TV has been launched in Pakistan not only for facilitating the enthralling desires of customers for home entertainment but it could be largely used for various valuable commercial purposes such as video conferencing.

The hi-tech TV sets are enabled to connect with different devices such as camera and smartphones to form a special video-conferencing set that could be used for business meet-up and official meetings in corporate sector.

This video conferencing solution is very much crucial for m-health and m-education projects as universities and hospitals are also equipped with TV set like OLED TV with 55 to 65 inches screens.
Hence, investment on technology will augur well significantly for universities and hospitals to generate economical benefits with the arrangement of latest technology and devices.

TV set is one of its unique kinds because it has been designed in curve with extremely thin screen of 4.5 millimetres, which is lesser than that of many smartphone phone sets in your handsets. So, its portability is easy for people whether to watch it at their homes or use it for entertainment purposes.

OLED TV sets of LG Electronics is best as movable device that could be placed in the public places for enjoying watching cricket matches by cricket fans who love to entertain cricket games collectively on big screens, he added.

People in Pakistan are very much conscious and selective of branded TV sets because they recognise the value of technology and its utility and ready to pay its high cost despite availability of low-priced TV sets in the local markets, LG Country Director said.

Pakistan is good attractive market for LG Electronics like many other brands and its products receive overwhelming response from the customers at the onset of products unveil in the local market. 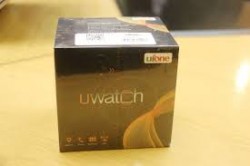 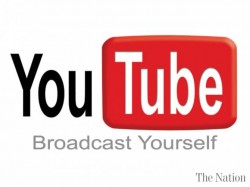