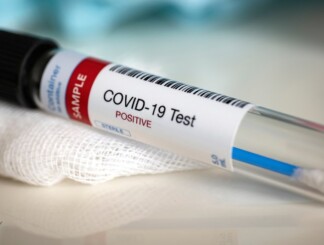 QUETTA: Over two dozen journalists and other media workers were infected with coronavirus in Quetta on Sunday while 72 doctors and 40 paramedics also tested positive for the deadly virus and were quarantined in hospitals and in their homes.

Health authorities said that Coronavirus cases were increasing with every passing day in the province.

“Around 86 per cent people contracted the virus locally as they had no history of travelling abroad,” he said.

Health officials said on Sunday that Coronavirus tests of 50 journalists and media workers had been carried out in the Quetta Press Club. Out of 50 tests carried out, 27 tested positive.

Bureau offices of at least three private TV channels were sealed after some of their staff members were found infected with Coronavirus. Senior journalists who tested positive for Coronavirus include Balochistan Union of Journalists (BUJ) president Ayub Tareen, who is the Bureau Chief of Hum TV, Dunia TV Bureau Chief Irfan Saeed, a lady reporter and three other staff members of the Dunia TV.

Besides, a senior reporter and engineer of Geo TV channel also tested positive for Coronavirus while reporters, drivers and other staff of Neo TV and GNN were also shifted to isolation centres after they tested positive for Covid-19. According to some health officials, reports of some media people were yet to come.

The Balochistan government, despite warning of experts and doctors, announced easing of the lockdown and allowed traders to open shops, markets, shopping malls, cloth shops, tailors and other businesses from Monday.