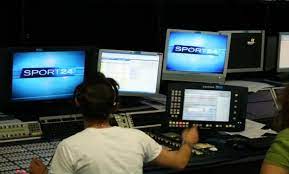 In this regard, three licenses for launching DTH in Pakistan have been approved by the Authority. One company, i.e., M/s Shahzad Sky (Pvt.) Ltd. is going to start its DTH services. This would be a huge project and help in giving impetus to Pakistani media in terms of technology and revenues.

PEMRA, being the regulator for Electronic Media and its distribution services in Pakistan, is exploring new regimes for licensing, such as Television Audience Measurement (TAM) services, OTT (Over the Top), Teleporting, etc. All these ventures would generate more job opportunities for the people in Pakistan.

The growth of the media industry in Pakistan has multiplied rapidly during the last decade, and now this sector is contributing considerably to building broadcasting apparatus in the major cities of Pakistan and generating a large number of job opportunities for the youth, and aspirants to pursue a career in Electronic Media. Over the period, a cumulative investment of approximately $4-5 billion has been estimated in the Electronic Media industry of Pakistan.

The media industry in Pakistan is providing employment to more than 300,000 people in the field of journalism, management, and technology. However, with the growing landscape of the media industry, significant employment opportunities are expected in the coming 3 to 5 years.

Pakistan Television Corporation Limited (PTV) is the only public sector broadcasting channel that telecasts national and international programs in metro cities and also remote and economically backward areas of the country to keep the masses aware of current affairs of the country as well as the whole world. At present, PTV is operating seven channels, i.e., PTV Home, PTV News, PTV Sports, PTV Global, PTV National, PTV Bolan, and PTV World. Only the PTV English News channel in Pakistan is telecasting the information about Pakistan domestically as well as internationally.

Pakistan Television covers 100 percent area of the population on the terrestrial network. The total of registered TV Set holders in the year 2021 is 23,214,967.

PTV is trying its level best to improve the signal quality of terrestrial networks in the less developed areas of Pakistan, for which the DTMB-A project through a grant in aid is in the pipeline with the help of a Chinese grant. The work on RBS-Murree, Cherat, and Kala Shah Kaku is under process for the up-gradation of transformers and new power connections.