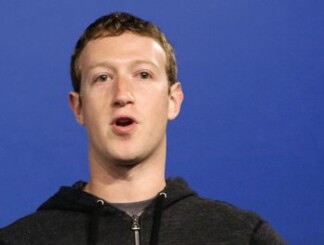 Facebook’s approach to our personal information couldn’t be more at odds with Mark Zuckerberg’s newly acquired company, WhatsApp. While Facebook wants to catalogue as much data on its users as it can, WhatsApp wants to know the bare minimum.

The new owner of WhatsApp has promised to keep it that way. In an interview at the Mobile World Congress in Barcelona, Zuckerberg promised that he won’t change WhatsApp’s data policy.

“The vision is to keep the service exactly the same,” he said. He reiterated that WhatsApp neither uses nor stores any of the photos and chats exchanged on the app. “The content is deleted almost instantly, which is what people want. We would be pretty silly to get in the way of that,” he added.

Under the influence of his own upbringing in Ukraine, where the government monitored personal communications, Jan Koum, WhatsApp’s co-founder and CEO, made privacy a core feature of his application. “I grew up in a society where everything you did was eavesdropped on, recorded, snitched on,” Koum recently told Wired magazine. “People need to differentiate us from companies like Yahoo! and Facebook that collect your data and have it sitting on their servers. We want to know as little about our users as possible. We don’t know your name, your gender… We designed our system to be as anonymous as possible.”

Though Zuckerberg said the acquisition gives WhatsApp time to focus on growing its user base rather than making money off its members, the company will eventually be expected to extract money out of the millions of people using the popular messaging service. Koum and his co-founder had been against the idea of advertising, which happens to be the core of Facebook’s money-making strategy.

Whatsapp currently charges a dollar annually for the use of its services after the first year. Facebook, however, is expected to charge much more to justify the most expensive acquisitions in over a decade. The deal has cost Facebook about $42 per WhatsApp user, reports the Huffington Post.