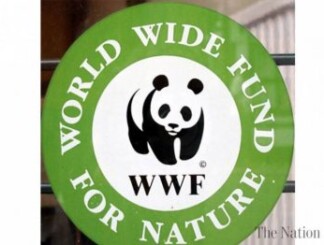 In a statement issued on Tuesday, WWF-Pakistan verifies that Chlamydotis undulata, commonly known as Houbara Bustard, is listed as “vulnerable” in the International Union for Conservation of Nature (IUCN) Red List. It is also listed in Convention on International Trade in Endangered Species of Wild Fauna and Flora (CITES) Appendix I, pertaining to species that are vulnerable to hunting and poaching due to their economic value.

The migratory bird is found all across the world including Egypt east of the Nile through Israel, Jordan, Lebanon, Saudi Arabia, Yemen, Oman, UAE., Bahrain, Qatar, Kuwait, Syria, Iraq, Iran, Afghanistan, Pakistan, India, Armenia, Turkmenistan, Uzbekistan, Tajikistan, Kyrgyzstan, Kazakhstan, Russia and Mongolia to China, with unconfirmed reports from Azerbaijan and Turkey. However, illegal hunting and trapping of the bird has impacted its population severely in recent years.

According to the Third Schedule of the Balochistan Wildlife Act (1974), “All Bustards” from the family Otididae are listed as Protected Animals; i.e. Animals which shall not be hunted, killed or captured.” To provide legal cover, the provincial governments often use the provisions of a leniency clause within the Balochistan and Punjab Wildlife Acts to “de-list” these protected species for the period of hunting by foreign dignitaries.

Trophy hunting initiatives should be introduced to restore the population of Houbara Bustards in the region which will help increase its population along with the uplift of communities. Community Based Organizations (CBOs) should also be made to empower local communities and to turn poachers into protectors of biodiversity.