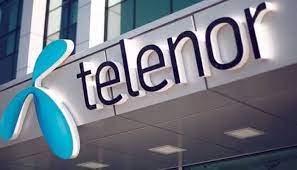 ISLAMABAD: Telenor has been reviewing its operation in Pakistan in the wake of worsening macroeconomic situation in the country. However, the company has ruled out any possibility of moving towards a merger or closing down in Pakistan.

Owing to writing down the value of its assets in the range of approximately $250 million, Sigve Brekke, President and Chief Executive Officer, Telenor, ASA, said in its statement, “We will definitely look at what is creating shareholder value when we do the review, but I don’t want to comment on content of that review. Of course, it is looking at operation, can we run that more efficiently than we already do but we are also looking at any other types of alternatives for us to secure our value in Pakistan”, the CEO further added.

The sources said that there was no plan for merger or taking exit from Pakistani market and no one should speculate about it. However, they said that in the wake of higher judiciary’s decision the company had to pay additional amount for renewal of license. The macroeconomic situation owing to hiked interest rates and depreciating exchange rate also multiplied financial difficulties for the telecom sector.

The telecom sector had already communicated to the government that its revenue per user significantly declined in Pakistan as it stood at around $9 per user few years back but now it slashed down to much below compared to other regional markets. The heavy taxation and inconsistent policies made telecom sector as unviable in case of Pakistan.

The government had recently approved its plan to sell out more spectrum in coming weeks and months but it is not good omen for the market that the major players were reviewing their operation in Pakistan.

The interest rate have gone up to 15 percent and exchange rate continued to slide on daily basis making it hard for telecom sector for surviving in such difficult scenario.

The Ministry of IT & Telecom has been arguing that they were making all out efforts for provision of right kind of incentives for the sector but overall economic difficulties made it hard for them to convince the economic managers to dole out all required incentives and reduction in tax burdens.

The major player of telecom sector in Pakistan Jazz’s CEO in its meaaage to employees hinted about tough decisions including slashing down perks and privileges of employees keeping in view difficult economic situation.