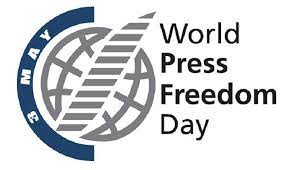 The World Press Freedom Day will be marked on Tuesday (May 3) across the globe including Pakistan to inform the international community that freedom of press and freedom of expression are fundamental human rights.

This day reminds people that many journalists embraced deaths or faced jails to bring daily news to the public. Media professionals, including photojournalists, who risk their lives in the line of duty, are recognized on World Press Information Day.

The day gives people the chance to pay tribute to media professionals who risked or lost their lives in the line of duty.

Many communities, organizations and individuals take part in various events such as art exhibitions, dinners featuring keynote speakers and award nights held on this day to honour those who put their lives at stake to bring news to the world.

The World Press Freedom Day was established by the General Assembly of the United Nations in December 1993 as an outgrowth of the Seminar on Promoting an Independent and Pluralistic African Press.

This seminar took place in Namibia in 1991 and led to the adoption of the Windhoek Declaration on Promoting Independent and Pluralistic Media.

The Windhoek Declaration called to establish, maintain and foster an independent, pluralistic, and free press. It emphasised the importance of a free press for developing and maintaining democracy in a nation and for economic development.

The day is celebrated annually on May 3, the date on which the Windhoek Declaration was adopted. Although World Press Freedom Day has only been celebrated since 1993, it has much deeper roots in the United Nations.