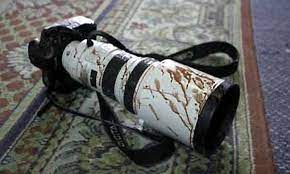 KARACHI: Three international bodies working for press freedom and protection of media persons on Wednesday launched a joint report citing “significant errors” in police investigation into the murder of a senior journalist in rural Sindh more than 13 years ago whose reporting had “exposed local corruption and human rights abuses.”

The representatives of three global press campaigner groups with the family of the victim and researchers and authors of the report launched the document at the Karachi Press Club on the murder of Zubair Mujahid that showed serious flaws in the police investigation pushing these organisations to call for an independent re-investigation into the case to bring the killers to justice The report titled “Breaking the Silence: An Investigation into the Murder of Zubair Mujahid” has been published as part of A Safer World For The Truth, an initiative by the Free Press Unlimited (FPU), Reporters Without Borders (RSF) and Committee to Protect Journalists (CPJ).

While reading out a paragraph of the report, Jos Bartman, a research coordinator for A Safer World for The Truth project, said: “Working as a correspondent for the Daily Jang — Pakistan’s largest Urdu language newspaper — in Mirpurkhas, Zubair Mujahid’s reporting exposed local corruption and human rights abuses. Zubair Mujahid was murdered in November 2007 during the turbulent downfall of the regime of Pervez Musharraf.”

Strikingly, Mr Bartman said, some of his most impactful stories exposed wrongdoing by the local police in Mirpurkhas, which led to the dismissal of various police officers. As a consequence, Mr Mujahid received threats from individuals within the police department, he said and added that this very same department was tasked with investigating the murder.

Adil Jawad, a journalist from Pakistan and co-author of the report, said that it revealed serious errors in the official police investigation. Specifically, he said, the report found that police investigators did not analyse the bullet with which Mr Zubair was shot and did not search for eye witnesses around the crime scene.

The Mirpurkhas police even did not respond to requests for comments, he added.

“The report calls for an effective and impartial investigation team to re-investigate the murder. This must be done under the auspices of the High Court of Sindh,” he read out the findings of the report.

The family members of the victim read out messages of the leaders of the global media campaigners. One of them quoted FPU Director Leon Willems as saying: “killing a journalist is the world’s safest crime: in nine out of ten cases the killer goes free. To break the cycle of impunity, Pakistan’s authorities must step up their efforts to ensure justice for Zubair Mujahid.”

Joel Simon, executive director of the CPJ, also sent his message which was quoted in the report as saying: “Pakistan has seen almost total impunity for the murder of journalists over the past decade. Re-investigating the case of Zubair Mujahid is an important step towards breaking the cycle of impunity.”

“Zubair Mujahid was murdered for exposing the truth. The murder must now be adequately investigated and justice must be achieved,” said Christophe Deloire, secretary general of the RSF.

Pakistan is one of the most dangerous countries for journalists. According to research by the CPJ, at least 61 journalists have been killed since 1992. On the most recent World Press Freedom Index published by the RSF, the country ranks 145 out of 180.