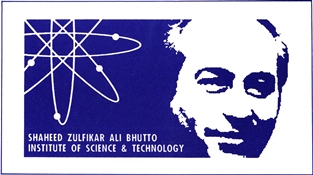 KARACHI: “Feminists have started calling history ‘her story’ because of the missing contributions of women from history books,” said minister for Human Rights and Women Development in Sindh Anis Haroon at a seminar, ‘Pakistani women in a changing society’, held at Shaheed Zulfikar Ali Bhutto Institute of Science and Technology (Szabist) on Tuesday.

The minister pointed out that the fight for women’s rights in Pakistan wasn’t really a concept borrowed from the West as some people might think. “The first All-Asian Women’s Conference took place in Lahore in 1931,” she said.

Speaking about the women’s struggle for their rights, Ms Haroon remembered the Women Action Forum’s work in this direction. “WAF came into being during Ziaul Haq’s rule to defy the infamous Zina Ordinance. Gen Zia wanted to make this country something like Saudi Arabia, which the Jamaat-i-Islami, too, wanted at that time and which they realize now is not possible. When the basic rights of women were being questioned by an illegitimate government, we had to show a united stand against it. WAF spearheaded a very vibrant women’s struggle in Pakistan. That fight got us some respite during Benazir Bhutto’s first government in 1988. But later martial law returned once again to stop us in our tracks,” she said. “Still women benefited when Gen Musharraf agreed to give 33 per cent seats in the assembly to women. That is how six progressive laws looking after the interests of women were passed although the Jamiat Ulema-i-Islam then came in the way of the domestic violence bill,” she added.

“Today, when people say what good are the bills, they should understand that the legislation needs to be there first before you start worrying about their implementation. We are again standing at a crossroads,” she regretted. “We still have a very long way to go,” she said.

Principal of St Joseph’s College Dr Bernadette Dean focused on the gender bias in our textbooks. “With men as the narrators and the characters, there is a gender apartheid in our textbooks,” she said. “All the people shown as being higher up in hierarchy, those who are wise enough and farsighted to make all the big decisions are shown as male and those at the bottom like farmers may include women in not so important roles. In the text male children are mentioned to be returning from school but the females are shown to be at home in the kitchen. Thus for young children reading these textbooks it becomes an acceptable thing to see women in less powerful roles like those of mothers and homemakers. Meanwhile, the books deny reality that women in addition to their reproductive roles have productive roles, too. The books also deny that men also help around the house,” she regretted.

The educationist suggested that teachers use gender neutral language to shape thinking. “That way they can change the biases in textbooks,” she said, adding that she was working with the Sindh Textbook Board these days to change this practice in the books. “We made a woman a doctor and a boy a nurse in one book but the review committee wouldn’t let that go. So far we have only been able to finish the class one book,” she shared.

Mahnaz Rahman, resident director of Aurat Foundation, spoke about what she got from her previous generations and what she was handing over to the new generation.

“Our parents’ generation was the one that fought for the creation of Pakistan. Like Mr Jinnah they kept a modern outlook. Back then the women wanted to move with the men and the men, too, wanted that, but then things took a drastic turn,” she said, pointing out how people started paying more attention to how women dressed and behaved.

Veteran journalist Zubeida Mustafa, too, observed that after making much progress regarding their status in society, the women regressed in this area rather forcibly. The topic of her paper was women’s health. In comparison to the rest of the world, where women were half of a country’s population, latest figures in the Pakistan Economic Survey showed otherwise, she said. “Women live longer than men so they are usually more in number. But here if the men are more in number then somehow the rights and needs of women are being compromised,” she said.

“Women themselves know what’s good for them but somehow religion is brought into it. Services, too, are not provided to them. There are NGOs trying to do good work but change won’t take place until the government is interested in bringing about a change for the betterment of women. That’s why our women are not getting what they want,” she concluded.

Dr Riaz Ahmed Shaikh, head of Social Sciences Department at Szabist, referred to the two tribal women filing for nominations in the forthcoming elections as a positive change. “Societies degenerate but there is always a process of regeneration,” he said. 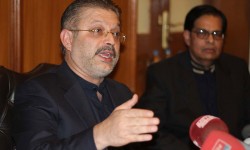