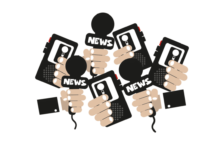 Islamabad: Women journalists from different parts of the country on Saturday called for allocation of 33 per cent seats for women journalists in Pakistan Federal Union of Journalists (PFUJ) and other decision-making and representative bodies as well as Pakistan Press Council and committees made under the upcoming Journalist Protection Law.

These demands made part of the Islamabad Declaration issued after National Training of Trainers (NToT) on women leadership organised by Aurat Foundation (AF) under Women Learning Partnership (WLP). Women journalists from different part of the participated in the NToT. Women journalists also announced Women Journalists Association (WJA) on the occasion.

Women media persons also demanded the government to perform gender audit of media organizations to assess the number of women journalists who have lost their jobs during current media crisis and availability of basic facilities for them at workplace. They said that majority of women journalists had lost their jobs during the prevailing media crisis but the damage done to women journalists because of prevailing media crisis has been ignored. They also suggested necessary amendment in law to make sure the presence of at least 33 per cent women in any media organisations. The suggested that no license or declaration shall be issued to any newspaper or channel unless they have a minimum 33 per cent women employed as their staff member.

They also demanded special desk to deal with online harassment cases of women journalists in the Federal Investigation Agency Cyber Crime Cell. They demanded that if any political party office-bearer or official was found involved in online harassment of women journalists, they should be condemned by the party. Besides that, they suggested that social media cells of all political parties be registered with the Election Commission of Pakistan and a code of conduct devised should be devised for such cells.

They also called for establishment of sexual harassment complaint committees in every media house, union offices and press clubs under the Protection against Harassment of Women at Workplace 2010 Act.

They also demanded provision of transport facilities for women journalists, strict implementation of the law on paid three-month maternity leave for women employees and equality in pay structure, beat distribution and exposure opportunities. They urged for insurance on the par of male journalists, 10 per cent quota for in working women hostels, welfare schemes and free healthcare for senior female journalists and provision of easy house and car loans for women journalists. The three-day leadership training was attended by women journalists who are active in union and club politics around the country. The participants received training on qualities of a true leader, networking and alliance making, harassment against women, gender equity and equality and importance of speaking out.

General Secretary Pakistan Federal Union of Journalists Nasir Zaidi and Executive Director Aurat Foundation Naeem Mirza also interacted with the participants and briefed them about the role women in journalist unions and history of feminism. The training was conducted by activist Rabeea Hadi. 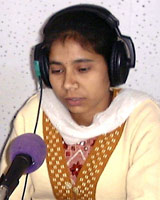