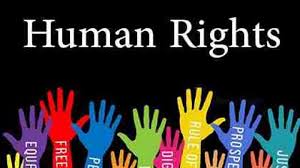 Marking its tenth foundation day, the Home-Based Women Workers Federation (HBWWF) on Tuesday organised a gathering at the Arts Council, where speakers said formal work had been shifted to the home-based sector, where women and children worked as modern-day slaves.

HBWWF secretary general Zehra Khan said the global economic crisis, as well as pro-IMF policies of the present rulers of Pakistan, had resulted in an unprecedented surge in poverty and hunger, hitting hard the working class, especially women workers.

Criticising the government, she said the Pakistani rulers had handed the economic planning of this country over to global lenders like the IMF, which had pushed millions of poor people, including workers, towards the worst poverty and hunger.

“Only in the last one-and-a-half years of the sitting government in Pakistan, more than 1.2 million workers have already been rendered jobless. Due to historic depreciation in the Pakistani rupee, the real wages have been slashed by 40 per cent and it is becoming hard for poor families to feed their children,” she said.

She said that due to the home-based women workers’ untiring struggle, Sindh had recognised the home-based workers as legal workers, but still the federal government and the governments of other provinces were not ready to give legal cover to them.

“Even in the Sindh province, though a home-based work act has already been passed, it is not being implemented due to the non-drafting of rules,” Khan said. “The federal government is shying away from ratifying the ILO Home Work Convention 177.”

She said that 70 per cent of 12 million home-based workers were women and they were deprived of their basic human rights.

“We are working on how to resolve the issue of labour contribution to the schemes of SESSI and other social security institutions, so that cards could be issued to home-based workers,” he said.

He clarified that a cabinet meeting was scheduled soon to finalise the matter of the rules of the Sindh Home-Based Workers Act 2018.

Karamat Ali, the National Labour Council’s convener, said the Pakistan state had not only failed to give the workers’ their due rights as per the constitution and national labour laws, but it had also failed to implement more than 36 ratified international labour conventions.

Pakistan has got a special privilege from the European Union through GSP-Plus, but it is not giving protection to the rights of workers and this situation is resulting in unrest in workers,” said Ali, who is also head of the Pakistan Institue of Labour Education and Research. He demanded that for rapid industrial growth it was necessary to implement international labour standards. He urged the workers to hold consultations on mechanisms for paying contributions on the part of workers in social security schemes.

Nasir Mansoor, a National Trade Union Federation’s leader; Habibuddin Junedi, a leader of the Peoples’ Labour Bureau; Saeeda Khatoon, a leader of Baldia Fire Affacttees Association; Saeed Baloch, a leader of the Pakistan Fisherfolk Forum, were prominent among the other speakers.

A delegation of women workers attended the moot, while solidarity messages of different national and international labour organisations were read on the occasion.

A documentary on the life of home-based women workers produced by Qazi Khizer was shown to the audience.