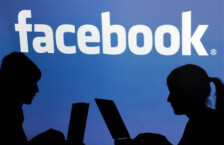 PESHAWAR: A local court on Wednesday dismissed bail petition of a Pashto woman stage performer arrested a few days ago by the Federal Investigation Agency under the cybercrime law for allegedly creating fake Facebook account of another woman.

Additional district and sessions judge Kulsoom Azam ruled that the suspect, Ms Muneeba Shah, was not entitled to the concession of bail.

The FIA Cyber Crime Circle Peshawar had started an inquiry over a complaint of a woman on Aug 15.

The complainant had stated that someone had created a fake Facebook account in her name and also shared some of her personal pictures on the said account.

Subsequently, during inquiry it was traced that the said account was allegedly created by the suspect and she had used a phone number which was registered on the name of her brother.

An FIR was registered against the suspect on Sept 28. The FIA claimed that a SIM card of the phone number used in the offence was also recovered from the suspect.

The case was registered against her under section 20 of the Prevention of Electronic Crimes Act, 2016.

An FIA prosecutor contended that the suspect had also confessed her guilt and the SIM card of the concerned phone number was also recovered from her. He contended that the evidence on record connected her with the commission of the offence.