Will to reform Prevention of Electronic Crimes Act (PECA) 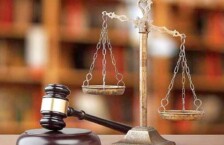 In August 2016, the Prevention of Electronic Crimes Act 2016 (PECA) was passed after over a year of back and forth between the then Pakistan Muslim League-Nawaz government, parliamentarians and civil society. The law was conceived in the aftermath of the National Action Plan to address terrorism and extremism. It was borne out of a realization that the internet was increasingly emerging as a space for discourse, association and narrative-building, and thus must be controlled.

Control has been at the heart of the logic underpinning the PECA. Instead of a law focusing on protecting online rights such as freedom of expression and privacy and guaranteeing equitable access the PECA relied on criminalization of speech and wide powers of content regulation. It soon became apparent through implementation that its purpose was to penalize dissent and content moderation. Since 2016, a number of cases have been filed against journalists, activists and women speaking out under the #Me-too movement through weaponisation of the infamous Section 20 of the PECA. This section, criminalizing defamation, has been used to insulate powerful individuals and institutions from critique and accountability.

It was also this section that was subject to amendment through the Prevention of Electronic Crimes (Amendment) Ordinance, 2022, passed by the then-Pakistan Tehreek-i-Insaf government in February 2022. While Section 20 was being used to file FIRs for criticism of ‘state institutions’, there was emerging consensus among the legal community and civil society that it only applied to the reputation of natural persons rather than institutions. To address this supposed “lacuna” in the law, the government amended the PECA via an ordinance to include office holders and public institutions in its ambit. The law, expectedly, received unprecedented backlash across the board—from journalists and opposition parties to civil society.

At a time when states across the world are in the process of de-criminalizing defamation and introducing anti-SLAAP legislation, Pakistan was moving in the opposite direction by further strengthening criminal defamation laws.

The backlash was not in vain as the PECA Ordinance was struck down by the Islamabad High Court in the Pakistan Federal Union of Journalists vs The President of Pakistan case. In his order, Chief Justice Athar Minallah held that the ordinance was “in derogation of the Constitution and the fundamental rights guaranteed thereunder, particularly Articles 9, 14, 19 and 19-A.”

The order passed on April 8 and the incumbent government indicated its opposition to the ordinance. Despite the assurance, a plea challenging the IHC order was filed at the SC by the FIA on May 8. However it was withdrawn by the government within hours. Information Minister Marriyum Aurangzeb stated that the petition was contrary to “the government’s stated policy and principle of standing for and ensuring freedom of expression.”

While the current government’s stance on the ordinance has been clear and sweeping, it is unclear where it stands Vis a Vis Section 20 as a whole. The IHC, in its order striking down the PECA Ordinance, also stated that the portion of Section 20 dealing with “harms the reputation” was also unconstitutional, invalid, and, therefore, struck down.

The original section dealt with online speech that “intimidates or harms the reputation or privacy of a natural person,” and in light of the order the phrase “harms the reputation” stands removed and is now restricted just to “privacy of a natural person.” Further complicating the issue, legal experts are unclear regarding the constitutional status of the section as the Lahore High Court declared as recently as in March 2022 in the Meesha Shafi vs Federation of Pakistan case that Section 20 was constitutional, particularly “in conformity with Article 14 of the Constitution and promotes the right to dignity enshrined therein.”

These conflicting judgments indicate a lack of consensus on the harms caused by criminalizing defamation. Given the political rights and democratic values at stake, the law regarding the impact of the section on freedom of expression must be clear—the judiciary can only argue within the law, the parliament can take a more unequivocal stance.

The challenge to the PECA is not restricted to its criminal sections; Section 37 which vests the Pakistan Telecommunications Authority (PTA) with vast powers to block and remove content from digital spaces has also come under intense scrutiny. The notification of the Removal and Blocking of Unlawful Online Content (Procedure, Oversight and Safeguards), Rules 2021 brought this debate to the fore, calling into question the suitability of the PTA in determining “illegal” content on the internet particularly in the backdrop of arbitrary and wholesale bans on applications like TikTok and PubG.

In the case of Muhammad Ashfaq Jutt vs Federation of Pakistan, the court shied away from directing the parliament to review the PECA but urged political parties to“initiate the process for review of the provisions of the Prevention of Electronic Crimes Act, 2016, and the impugned rules”.

In nearly six years of the PECA, it has become increasingly clear that the internet is far too complicated and important to be governed by legislation that fails to strike an appropriate balance between governmental control and citizens’ rights. Advocacy by civil society has brought the conversation firmly within the ambit of human rights. The time has come for a legislative review of the PECA in the wake of mounting evidence of its misapplication and draconian nature through a process that is open, transparent and participatory. Without a thorough revision of the law that includes repealing Sections 20 and 37, the reassuring statements by the government ring hollow. We must be vigilant and press the government to put its words to practice. We would do well to remember that the PECA was promulgated under a PML-N tenure in the first place.