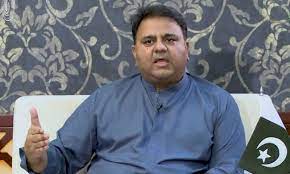 ISLAMABAD: Federal Minister for Information and Broadcasting Fawad Chaudhry Monday informed the relevant committee of the Senate that the draft bill for the proposed Pakistan Media Development Authority (PMDA) would be finalized in consultation with all the stakeholders.

Chairing a meeting of the Committee on Information and Broadcasting, Senator Faisal Javed of PTI remarked, “We will discuss and give feedback once draft of PMDA is shared with us”. The committee further considered the bill titled “The Right of Access to Information (Amendment) Bill 2020,” referred by the House on 25th of January, 2021.

Senator Faisal lamented absence of the bill movers. Discussion on the proposed amendments was deferred to be taken up in the next committee meeting. The meeting commenced with consideration of compliance report on its recommendations made in its August 2 meeting.

Regarding employees list of State-run TV presented in the meeting, PMLN Senator Irfan Siddiqui of PMLN pointed out that there seemed to be great disparity between the salary packages of employees.

“There are some employees whose salary has increased in last five years while some are still getting the same salary throughout the same period without any increment. What sort of system is being followed by the PTVC, he said, adding that daily wage workers were being discriminated against.

Replying to Siddiqui, Fawad said the organization provided equal opportunities to talented candidates and recruits according to the capacity and need from time to time on merit basis. “Most of appointments are of dependents of deceased employees including widows/ children on case to case basis and batches against quota,” he explained.

Fawad informed the committee that the information ministry intended to run the Parliament live on commercial basis and said private TV channels should pay for the live feed provided by the state-run TV.

Dedicating at least 10% of advertising airtime is part of licensing agreement with private TV channels, he added. The committee chairman directed that a comprehensive report be sought from the Pemra on the matter and summoned the Pakistan Broadcasting Association (PBA) in the next meeting of the committee. Speaking on the issue of fake news, Fawad said a consensus was needed on fake news. He said legislation was being passed all over the world against fake news.

The committee chairman said last night also a fake news issue was made and someone printed a PTV poster and to this, Fawad said the poster of PTV was spread on the social media. The minister demanded a detailed discussion on fake news, to which Senator Irfan Siddiqui said fake news was part of the proposed bill and if the bill came, ‘we will discuss it’.