Why is Pakistan oblivious to its climate threats? | Pakistan Press Foundation (PPF)

Why is Pakistan oblivious to its climate threats? 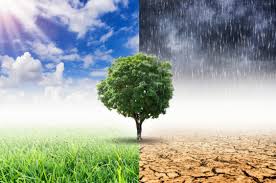 There is a plethora of alarming assessments pointing out how Pakistan is amongst the leading victims of global warming and climate change, yet it is surprising that not many people within the country seem too worried about this situation.

Besides lingering droughts and widespread water scarcity, it has not been too long since Pakistan experienced major devastation due to recurrent bouts of flooding. The 2010 floods covered roughly one-fifth of Pakistan’s land area and had affected the lives of 18 million people, besides causing massive economic damage. Yet, in 2015, a Gallup poll had found that only 31% Pakistanis believed that it is necessary to take major steps to address climate change very soon. On the other hand, 23% of them believed that it is not necessary to take any steps

Pakistan did create some disaster management capacity in the aftermath of the 2005 earthquake. Yet, these mechanisms have limited capacity and outreach to contend with major climate change threats such as perpetual massive flooding or widespread droughts.

The latest International Centre for Integrated Mountain Development assessment released last month finds that even if the world manages to limit global warming to 1.5 degrees Celsius, around a third of the glaciers along the Hindu Kush and Himalayan range will melt by the end of this century. This glacial melt will first lead to surging river flows which will become quite a serious problem within 30 years from now, and then a decade later, the threat of floods will be replaced by major droughts, and growing water scarcity.

Pakistan is by no means ready to face these challenges. Agriculture already consumes over 90 per cent of the freshwater in our country and we are still trying to boost our production of water intensive crops. China’s growing involvement in the agricultural sector under CPEC will probably make the existing situation worse. In the rush to find a quick fix for Pakistan’s energy crisis, we have opted for investment in cheap but dirty coal projects, which according to some estimates could increase our carbon emissions by 300 per cent over the next 15 years. A 10-billion-tree tsunami project, even if implemented perfectly, using appropriate species, will not be enough to fix these issues.

Pakistan urgently needs to implement ambitious water conservation, water pollution prevention, and groundwater recharge policies. The longstanding Indus Waters Treaty is already facing the pressure of burgeoning population on both sides of the border. Increasing glacial depletion will make the existing water sharing arrangement even less tenable. What is needed is for both Pakistan and India to work with other regional countries such as China and Afghanistan to create a more comprehensive transnational treaty for managing and sharing waters of the Indus basin. Regional cooperation for dealing with the challenge of climate change can become a catalyst to overcome lingering hostilities in our region, or else, it will become a ‘threat multiplier’.

Instead of waiting or wishing for that to happen, we can still initiate many needed steps at the domestic level to prepare for the coming challenges. Besides, our policy makers can try to improve interprovincial coordination for water sharing to avoid exacerbating existing tensions as our annual water flows become more erratic. Devising better mechanisms and policies to manage internal environmental migrant flows would also be a good idea to help avert fueling the unmanaged and unplanned growth of slums in our megacities.

It is time for us to develop national consensus and implement meaningful measures to contend with these pressing climate-related challenges.