Who is feeling the pinch after YouTube’s return? | Pakistan Press Foundation (PPF)

KARACHI: The Pakistani internet community is celebrating the reincarnation of YouTube, but there are those who have taken the ban reversal personally.

After all, the ban, imposed on the world’s largest video-sharing website in September 2012, meant there was a vacuum waiting to be filled. These Pakistanis launched local proxies to counter the ban, meaning that internet users had to themselves the next-best alternative.

However, their flourishing businesses are now bound to take a financial hit. Over 50 small entrepreneurs whose business model was custom-built to fill the void have already started feeling the pinch.

Local video-sharing websites have been witnessing a steady drop in traffic since December 5, 2015 — when the world’s largest video-streaming website became accessible across Pakistan.

“With the government removing the official ban last week, things are only going to get worse for YouTube’s local proxies,” say experts.

After Google – YouTube’s parent company – and the Government of Pakistan failed to reach any agreement in this regard, the Pakistan Telecommunication Authority (PTA); the telecom sector’s regulatory body, directed the country’s internet service providers to block access to YouTube.

Though the website officially remained blocked in the country for over three years, it was always available to Pakistani users through proxy servers. It became even easier to access the website’s content after local entrepreneurs launched their own portals allowing ‘direct access.’ Local video-streaming websites, such as playit.pk, ytpak.com and tune.pk, not only provided an alternative to YouTube but also flourished and booked significant profits.

According to market sources, these local websites were making between $1.5 and $4 in cost per 1,000 impressions (CPM) – a popular measure to calculate ad revenues of such websites. Moreover, the top players even booked between $5,000 and $7,000 in monthly profits and remained among top 50 websites in the country.

Come December, 2015 and the equation started to change as YouTube became accessible across Pakistan. Though the government’s official stance was unchanged, the video-streaming giant was allowed to be accessible unofficially; multiple government sources confirmed this to The Express Tribune.

“We have witnessed up to 30% drop in our traffic since YouTube became accessible in the country,” said Playit.pk’s Founder and CEO Muhammad Sohaib Shaheen. The 2013-start-up from Faisalabad saw its Alexa ranking drop by 9 points to 49 as on Saturday (January 23) compared to 40 as on December 5 last year. The websites daily page views dropped from 1.7-2 million two months ago to 1.3-1.5 million now.

“It will certainly affect their traffic and might even get to a stage where survival becomes difficult,” said, Badar Khusnood, Co-founder and Partner at Bramerz, a leading digital marketing agency.

“These companies were reproducing YouTube’s content, which was not legal, but some brands still chose to advertise with them,” Khusnood said adding that this might change.

“YouTube’s local version promotes local content, thus the brands would like to advertise with it. If these entrepreneurs find other revenue streams or restructure their business model they can survive,” he added.

While many of these proxies may go out of business, top players still seem to be optimistic about their business.

“A lot of controversial content is uploaded on YouTube every day and it takes a while to take it off the platform,” said Ytpak’s Erfan Ilyas. “It might work in their favour.”

Ytpak witnessed over 15% decrease in its traffic to 3.5 million visitors per month compared to 4.2 million a month ago. Ilyas, however, insists it wasn’t a big drop and won’t lead to a troubled situation.

“We expect the slowdown over the next two to three months only. Meanwhile, we are engaging users through local content and also developing new products,” he said, adding brands that have traffic would continue to get business.

While these entrepreneurs refused to disclose financials, a look at the overall market size offers some explanation for their interest in this growing market segment.

Pakistan’s documented advertising market is $500 to $600 million, say market sources – one of the main reasons why Google, which can make around $8 to $10 million a year from Pakistan, launched its local version, they say. 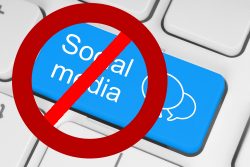