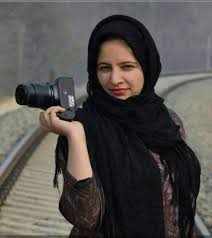 On Thursday, Zahra was named the winner of the Washington-based 2020 Anja Niedringhaus Courage in Photojournalism Award. She won the top photojournalism award for her “moving images” of the Kashmir dispute.The jury praised the 26-year-old’s work.

“I am happy that the world recognises my plight and the plight of other journalists working in tough circumstances. The case against me was shocking. You cannot book journalists for the pictures they take. The pictures we take are the testimonials of people. They are the truth as it is. The awards and recognition might not change our whole situation, but yes, it makes us feel that there are journalist bodies that understand what we go through as professional journalists,” Zahra told media. “They would at least speak for us and keep our cases alive,” she added.