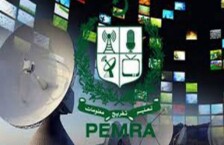 A Senate panel on Monday rejected a proposed move to be initiated by the Pakistan Electronic Media Regulatory Authority (Pemra) for regulating web TV and over-the-top (OTT) media service in the country following the authority failed to establish its jurisdiction for doing so before the house’s body.

The Senate Functional Committee on Human Rights which met with Senator Mustafa Nawaz Khokhar in the chair held a detailed discussion on the Pemra’s proposal of regulating web TV and OTT content.

After getting a briefing from chairperson Pemra Saleem Baig, social media activists and representatives of the legal fraternity and journalists, the committee observed that the Pemra chairperson and other senior officials of the authority, after giving a briefing, failed to satisfy the committee on the question of its jurisdiction to regulate the web TV and OTT content.

The committee chairperson said that it was contended by the Pemra authorities that Section 2(C) of the Pemra Ordinance empowered them to regulate the web TV, but mere reference to Section 2(C) contradicted its position.

“Hence, the committee finds that the Pemra has no jurisdiction in that matter,” the chairperson said, adding that the committee noted that by do so, it would be tantamount to overturn its mandate under the law.

The Pemra chairperson, while briefing the committee, said that the authority had put forward a proposal for feedback on regulating the non-traditional media – the web TV.

He said that the authority had proposed Rs10 million fee to register a web TV in the proposed regulations about which it was seeking feedback from different stakeholders.

Baig said the authority was receiving complaints against the content of web TV, adding that there was no check on individuals who were running their channels on Youtube.

He informed the committee that over the last two years, the non-traditional media had earned $200 million through advertisements.

To a question, Baig said that if the regulations were finalised, the authority would also approach the Youtube management.

The senators including the chairman of the committee, Ayesha Raza Farooq, Usman Kakar and Mohammad Tahir Bizenjo questioned the jurisdiction of the Pemra to regulate the web content when Pakistan Telecommunication Authority (PTA) had already the required laws.

“Sorry chairman sahib! You have no jurisdiction over the matter”, Mustafa Nawaz told the Pemra chairperson after getting a comprehensive briefing from other stakeholders including social media activists.

Nighat Dad, a lawyer and social media activist, in her presentation to the committee rejected the Pemra’s stance to regulate the online content, describing the move as another curb on dissent.

“Pakistan is the second country after China which is going to present such regulations,” she said, adding that various stakeholders had raised serious concerns over the proposed regulations.

Iqbal Khattak, representing Reporters Without Borders (RWB), maintained that such regulations were aimed at targeting the remaining frontiers of information following imposing strict regulation on the traditional media.

“Does Pemra also know the rights of the citizens? Can Pakistani media freely report what’s happening in Balochistan and the ex-FATA?” he asked.

Senator Tahir Bizenjo maintained that it was the primary responsibility of the public representatives to safeguard the rights of the Pakistani citizens to information and free speech.

“But it is also a fact that in the last 15-16 months, we witnessed worse attacks on democracy. In such situation, we [parliamentarians] are also liable to mercy, as you saw how important bills are passed within few minutes,” the senator maintained. Senator Usman Kakar pointed out: “Pakistan is the only country where private media is being regulated by the Pemra but the state-owned media – PTV – does not come under its jurisdiction”.

“Pemra is neither accountable to the parliament nor to the government. It is only answerable to the establishment,” Senator Kakar was of the view.

The committee was also given briefing on Pakistani students stranded in coronavirus-hit Wuhan, China. Ministry of Foreign Affairs Special Secretary Moazzam Ahmad Khan told the committee that around 1,094 Pakistanis were currently in the city of Wuhan and the situation was under control.

He said that 23 countries had evacuated citizens out of 120 countries who had their citizens in China. Moazzam said that Pakistan’s embassy was in constant contact with the Pakistani students and no student had till date been found positive with the virus.

The committee recommended that students who had been monitored and tested and had not been found positive should be brought back to Pakistan.

To a question, senior officials of the Foreign Office and Ministry of National Health Services informed the committee that China was not stopping any country to evacuate their nationals.

They said that the decision not to evacuate Pakistani students from Wuhan was taken on the advice of World Health Organization (WHO). Senior officials of the Ministry of National Health Services told the committee that Prime Minister Imran Khan would be chairing a high-level meeting on Tuesday (today) on the situation and the issue of Pakistani students in China would also be discussed.

The committee briefly discussed The Zainab Alert, Response and Recovery Bill 2020 and The ICT Rights of Persons with Disability Bill 2020 and decided to hold a detailed session on both bills on 14 February.

The committee directed the ministry to review amendments suggested by the members as well as other stakeholders heard by the committee and to address matters of helplines, and special courts among others.