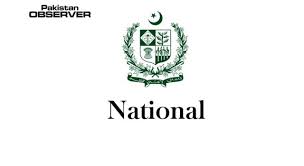 On the occasion, Commissioner DI Khan Division Amir Afaq said that journalism is the fourth pillar of the state. Journalists should play their full role in the betterment of the society.

DC South Waziristan Amjad Meraj said that the district administration would make every effort to resolve the legitimate issues of journalists in a timely manner so that they would not face any difficulties.