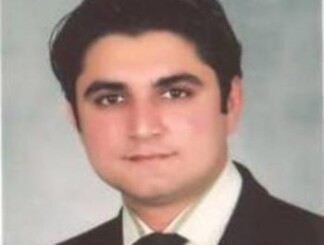 Karachi: The Sindh government has decided to transfer the murder trial of Geo News reporter Wali Khan Babar from an anti- terrorism court (ATC) in Karachi to another city due to security concerns.

“The formal request for the transfer of the trial will be made to the chief justice of the Sindh High Court so that the remaining proceedings of the trial can be concluded,” Sindh Advocate General Khalid Javed Khan told a three-member Supreme Court bench.

The bench, headed by Chief Justice Iftikhar Muhammad Chaudhry, was conducting proceedings to ascertain whether the authorities had implemented its orders in Karachi’s law and order case.

The advocate general said that the government was also mulling over transferring other cases, including that of former special public prosecutor Naimat Ali Randhawa’s murder, from Karachi’s ATC to some other city of the province over security concerns.

Earlier in the day, the murder trial was put off without making any progress after the defence counsel failed to appear at the Anti-Terrorism Court-III.

The adjournment did not, however, go down well with Special Public Prosecutor Abdul Maroof, who got his leave cancelled and showed up to make final arguments.

An application was filed with the court on behalf of MNA Salman Mujahid, who is the defence counsel in the case, saying that the lawmaker was unable to attend the hearing due to assembly sessions.

He sought exemption from appearance and adjournment of the hearing. Judge Saleem Raza Baloch accepted his request and fixed November 12 for the next hearing.

The special public prosecutor, however, opposed, the plea, saying that no assembly sessions were being held at present and there was no justification for the defence counsel’s absence.

He mentioned that he got his leave cancelled and appeared as he was ready to tender his final arguments.

The judge made it clear that it was the last hearing that was being adjourned without the final arguments being heard.

Earlier, when Maroof was on leave, another prosecutor was assigned to represent the state, but he too failed to show up.

Geo News reporter Babar was shot dead in Liaquatabad in January 13, 2011. Several witnesses have been killed one after the other.

Senior lawyer Naimat Ali Randhawa was killed on September 26 after he agreed to represent the case of the complainant.

City police chief Shahid Hayat Khan suspected that Randhawa, an office-bearer of a lawyers’ body affiliated with the Pakistan Muslim League-Nawaz, was killed after he agreed to represent the complainant in the case.

The Randhawa murder case is also being heard by the same anti-terrorism court.

Last week, Kazim Abbas Rizvi, the alleged killer of Randhawa, was remanded in police custody in a double murder case till November 2.

He has been identified by two witnesses in as many courts as Randhawa’s killer. The names of the witnesses are being kept secret owing to security reasons.

Karachi police chief Shahid Hayat told a news conference earlier this month that Rizvi was an MQM activist and Randhawa’s murder was politically motivated. However, the MQM strongly denied the charges and the attorneys of the defendant alleged that their client was implicated in a false case.

Hayat said that initial interrogations had given the impression that the motive behind the killing was connected with the murder case of Wali Khan Babar, a journalist who worked for Geo News and shot dead in Liaquatabad in January 2011. He said Randhawa was an attorney in the Wali Khan Babar murder case.