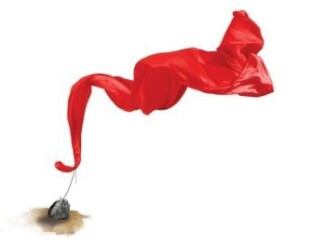 FAISALABAD: A man was arrested on Wednesday for beating up his wife and shaving her head apparently for not having a child, Gulberg police said. Police also arrested his mother and two sisters.

The woman was recovered from the house and taken to a hospital. Later, was reported to be out of danger. Doctors treating her said that she had been treated for shock and would take some time to recover.

Complainant Muhammad Riaz*, a resident of Shadab Colony on Jhang Road, told the police that his niece Samina* had married Athar Saeed*, a resident of Model Town 10 years ago. He said the couple did not have any children. He said instead of getting treatment, her in-laws had accused her of not being able to have children. He said Samina was often reprimanded by her in-laws over petty issues and was maltreated.

He said one Wednesday, Saeed beat his wife again and shaved her head with help from his mother and sisters.

He said they later locked her in a room and threatened to set her on fire if she tried to shout or contacted her parents.

He said one of the neighbours visited their house shortly afterwards and became suspicious about the family’s behavior when she asked where Samina was.

She then informed the police and the house was raided.

Samina was recovered in a half-unconscious state and taken to a hospital.

Gulberg Station House Officer Aamir Waheed said Saeed, his mother and sisters were arrested. He said a torture and illegal confinement case was registred against them. More charges might be added to the FIR once the medico-legal report was obtained, he added.

He said Saeed denied the allegations. He said she had locked herself in the room and “staged the drama”. He said she had had differences with his mother and sisters and was trying to implicate them in a false case.