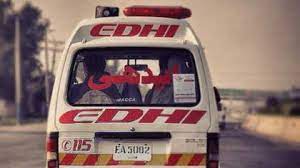 MULTAN: Veteran journalist and former resident editor daily “Imroz” Syed Sultan Ahmad passed away at the age of 95 here last Sunday night. He was laid to rest after Namaz-e-Janaza performed at Abdali Masjid on Monday.

The graceful veteran was a distinguished journalist and a regular visitor of Multan Press Club (MPC) when he was in reasonably good health. He was the life member of press club. However, he was constrained to stop his daily walk to the press club due to deteriorating health condition. Not only he used to play chess while taking puffs from his tobacco filled pipe, the man wearing the natural look of a seasoned gentleman remained always available for guidance of budding journalists about moral and professional etiquettes of journalism.

Syed Sultan Ahmad worked as news editor at Imroz Karachi but shifted to Multan after closure of newspaper there and worked at Imroz Multan in different capacities including news editor, shift Incharge and retired as resident editor.