Veteran journalist and analyst Rahimullah Yusufzai passed away on Thursday after a protracted battle with cancer, his son Arshad Yusufzai confirmed.

The Peshawar-based journalist was considered an expert on the country’s tribal districts, Afghanistan and the Taliban. He covered the situation in Afghanistan since the Soviet invasion in 1979 and interviewed Al Qaeda leader Osama bin Laden as well as Taliban founder Mullah Omar.

Yusufzai was the resident editor of The News in Peshawar and had also worked as a correspondent for Time magazine and the BBC.

The late journalist was honoured for his work by the Pakistani government and was awarded Tamgha-i-Imtiaz in 2005 followed by Sitara-i-Imtiaz in 2010.

His funeral prayers will be held in his native village of Inzargai in Kyber Pakhtunkhwa’s Mardan district at 11am on Friday (tomorrow).

Condolences poured in from journalists and politicians on Yusufzai’s passing.

Prime Minister Imran Khan said he was saddened to hear of the death of “one of Pakistan’s most well-respected journalists”.

“He was an opinion maker because his columns were well researched,” the premier said, offering condolences to the family of the deceased journalist.

PML-N President and Leader of the Opposition in the National Assembly Shehbaz Sharif said he was “heartbroken”.

Paying tribute to Yusufzai, Shehbaz recalled him as a “veteran journalist, seasoned analyst & thorough gentleman”, adding that “his death has left a huge void in the field of journalism.”

“He was one of the most credible voices on the politics of the region, particularly Afghanistan & war on terror,” the PML-N president noted.

“Will remember him for his professionalism, his decency, his dedication to his work and his mild-mannered demeanour,” said Waziristan MNA Mohsin Dawar.

Former senator Farhatullah Babar also paid rich tribute to Yusufzai, saying: “An accomplished journalist, a keen researcher, a perceptive observer of Afghan scene and above all a great human being. Rahimullah’s modesty [was] matched only by his competence. A heavyweight who, unlike many, never threw his weight around.”

Former Dawn editor Abbas Nasir called Yusufzai a lovely friend and a revered colleague, adding that he had inspired an entire crop of top journalists.

“His reporting on Afghanistan when there was no access was impeccable [and] sure-footed as he created an incredible network,” Abbas said.

“In Rahimullah Yusufzai’s death we have lost a lovely friend, a towering journalist and a reporting institution,” said journalist Talat Hussain.

Journalist Zarrar Khuhro said Yusufzai’s passing was “truly the end of an era”.

“A man of deep insight and great learning. A giant whose loss simply cannot be filled. He will be greatly missed,” he added.

“Some of my most meaningful reporting in Pakistan was done with him,” she recalled. 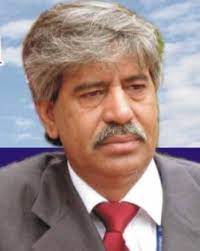