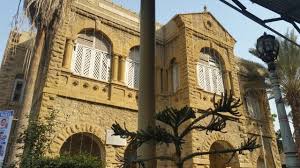 Veteran journalist and human rights activist – Hussain Naqi on Monday warned that gagging of press would rather hurt the country’s integrity. “The 1971-like situation may strike the society if the public voice is suppressed,” veteran Naqi said, speaking at a function held in his honour by Karachi Press Club. Trade unionists, labour leaders, journalists and academics largely attended the event.

He asked the journalists to keep their struggle alive against the press repression. He asserted that society still believes in freedom of speech and justice.

“Press repression began in 1948 when several Sindhi language newspapers were closed down,” he said. Naqi was of the view that situation has not reached the suffocating level in the society because hopes for freedom of speech still breathe. However, seasoned journalist warned that continuing curbs on press editorials would make circumstances the country has already faced in 1971.

“If freedom of press is not allowed then how even the government will know what is happening in the country,” he asked, citing his argument telling the government in the past. Refreshing memory, the aged journalist said the radio and TV aired news on East Pakistan War in 1971 that were completely against the ground realities, resulting in a total misinformation about the grave situation.

Naqi called the curbs on press freedom as a challenge, asserting that the dismemberment of Pakistan in 1971 was mainly due to restrictions on the free speech in the society. He emphasised that the country can move forward only with unity and the society should be based on a representation from all religious and ethnic groups for sustainable progress. He said trade, students and journalists’ unions have fallen to divisions.

The octogenarian rights activist also lamented degeneration of social norms and education system that he feels in tatters. He also cited his argument with former prime minister, (the late) Zulfikar Ali Bhutto who he had asked to bring back the money people sent abroad. He said situation still remains same and it seems there is no place in the country for investment. He said ministers and others are being jailed for their wealth, which they have sent abroad. He thanked the KPC for honouring him with warm reception.

Author and blogger Akhtar Baloch called Hussain Naqi an epitome of press freedom, big journalist and human rights educator. Introducing him to the audience, Baloch showered him with praise, saying veteran Naqi “taught us an unbiased behaviour towards ethnic groups.” He lauded him for struggling for rights of other people throughout his life. He said Naqi accepted his own dismissal from Karachi University to save Baloch students from expulsion and rustication.

“Hussain Naqi suffered many forced displacements from one city to another for his challenging attitude,” Akhtar Baloch said, adding that the man also had to lose jobs several times for authoring uncompressing editorials. He said he had established a trade union when he became an editor at a newspaper that was unbelievable.

Prof Dr Tauseef Ahmed said that Naqi was fired from a news agency in 1968 for writing an investigative piece. He said he was also charged with violation of the Secret Act during the tenure of military dictator President General Ziaul Haq.

KPC president Ahmed Malik eulogized senior journalist for his struggle for freedom of press and narrated a long poem of Ahmed Faraz to pay tribute to Hussain Naqi, which audience greatly enjoyed and applauded.