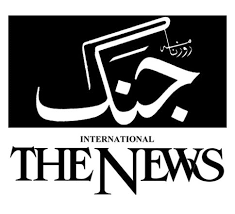 Islamabad: While terming news item published in ‘The Nes’ and ‘Jang’ on Sunday related to him fake, baseless and concocting, Federal Minister for Water and Resources Faisal Vawda has rejected the report in strongest terms declaring it as one-sided and pack of lies. He said that news published in aforementioned newspapers regarding him is against the facts and is just a false propaganda. He asked the Geo and Jang Group to take notice of fake news of their reporter. He said that Umar Cheema is part of hidden blackmailer group in garb of journalism. He said that nefarious designs were exposed through fake news against him and said that such elements were defeated in the past and will face same fate in the future.

Umar Cheema responds: Faisal Vawda has not contested the contents of our story. Instead he has tried to distract attention from the issue under question. His denial is as authentic as previous claim about millions of jobs within a month. Wonder how many take his words seriously. Trying to bully journalists into submission is his modus operandi. Instead of shouting at messenger, he could have improved the quality of argument and denied the story with evidence. That he didn’t do, nay, that he couldn’t do. Vawda hasn’t bothered to explain as to why did he declare Akhuwat Foundation’s function of cheque distribution as his own in

line with the vision of PM and advertised it through social media. We can provide evidence incase he denies this.

He hasn’t shown any regret on politicising a non-political and non-governmental micro-finance organisation. He’s not shown grace to admit that the cheques he distributed were of Akhuwat Foundation, and there was no monetary contribution at all from him.

In case he really feels aggrieved, he should seek remedy through lodging a complaint before Press Council of Pakistan against this story.