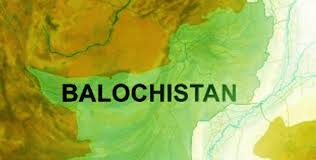 NEW YORK: A large gathering of US-based Pakistani journalists and political and civil society leaders have expressed solidarity and support for the beleaguered Pressmen in Balochistan, where 40 of them have been killed over the past seven years, and called for bringing the culprits to justice.

Speakers at the meeting urged the government to launch a high-level investigation into the crimes against the Pakistani journalists and ensure their protection to enable them to perform their professional duties. They pointed out that a total of 112 Pakistani journalists have fallen victims to attacks by State and non-state actors.

“By coming out in support of Balochistan journalists, you have taken an important step towards strengthening solidarity and integrity of Pakistan,” the President of Pakistan Federal Union of Journalists (PFUJ), Afzal Butt, told the gathering. “Your vociferous support will be a source of great encouragement to them.”

Candles were lit to honour the memory of the murdered journalists. Speaking on the occasion, Mushtaq Minhas of ‘Bolta Pakistan’ fame, called for unity in the ranks of journalists so that their rights could be defended effectively. He told the audience of a risky trip to Balochistan undertaken in February by a PFUJ delegation headed by Afzal Butt. The delegation found that Balochistan journalists were demoralised following the killing spree, but their spirits were uplifted by the presence of their colleagues from other parts of the country.

The meeting, at the call of the PFUJ chief, was held in Jackson Heights section of Queens, a borough of New York City. Besides journalists, lawyers, human rights activists, social workers and representatives of New York City Council attended. Also present was Bob Dietz, Asia Programme Coordinator at the Committee to Protect Journalists (CPJ).

Held at Diversity Plaza, the meeting was arranged by Mujeeb Lodhi, Editor of Pakistan News in cooperation with Agha Saleh, a prominent social worker.

The PFUJ chief said also that PFUJ would continue to back democratic forces in the country, as part of its stand that without democracy, there could be no free Press.

Dietz of CPJ said none of the killers of Pakistani journalists has been brought to justice.

He said the CPJ was given assurances by successive governments but nothing seemed to have changed. The impunity must end, he said.

The government, he said must work with the PFUJ in providing security to the working journalists.