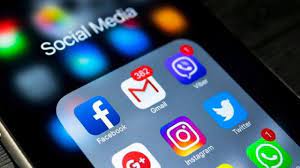 ISLAMABAD: A report prepared by the cybercrime wing (CCW) of the Federal Investigation Agency (FIA) has revealed a substantial decline in uploading of content related to blasphemy and hate speech on social networking sites.

The CCW submitted the report to Islamabad High Court (IHC) in response to a petition filed against uploading of blasphemous and hate speech content.

As per the report, the FIA and the Pakistan Telecommunication Authority (PTA) last year blocked/removed 167 accounts for uploading blasphemous, hate speech and sectarian content.

This year, 110 such accounts have been removed.

According to the report, three accused – Nasir Ahmed, Abdul Waheed and Rana Nouman Rafaqt – were sentenced to death on Jan 1, 2021, for uploading blasphemous content.

Another accused, Anwaar Ahmed, has been sentenced to 10 years rigorous imprisonment with a fine of Rs100, 000, the report said.

The court summoned the director CCW on June 30 in person.

The chief justice sought an explanation from the FIA for not implementing an order issued in November last year related to summoning the accused in cybercrime cases.

Justice Minallah had advised the FIA to summon a citizen after completing the homework and should explain the nature and details of the complaint in the call-up notice.

Ms Mazari argued that the FIA was misusing Prevention of Electronic Crimes Act (Peca). She told the court that the FIA had summoned Mr Ghauri without informing him about any reason.

Justice Minallah remarked that prima facie the FIA is violating the directions issued by the IHC.

He clubbed all the identical petitions and adjourned the matter for June 30.