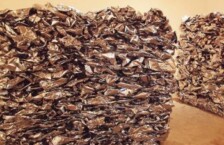 LAHORE: Abdullah Qureshi completed his undergraduate degree from Chelsea College of Art and Design, London in 2010 and then moved on to do his Masters at the same institute in 2011. The show will feature 14 pieces of his work.

Qureshi’s work is not about a specific narrative or a story. Rather, he believes in the spontaneity and immediacy of paint as a medium. In this particular body of work, he employs the use of various media and experiments with collage as well as size and scale. Qureshi said; “I see this work as work in process, it is quite experimental. I am hoping it will lead me to something new. It is not possible for me to discuss each work individually, as my paintings are often produced in series and build upon each other.”

Within the collages on paper, he was interested in using his own painting and cutting them, taking out abstract shapes that took form intuitively. These are pasted on backgrounds painted with ink — backgrounds that are simply a landscape or an open space. “Maybe that’s in my head but I perceive these works in a very surrealistic manner,” he explain.

The larger works on canvas also involve a process of pasting. On reflection, he feels that his work is about a deeper, abstract space, something he is definitely keen to take further.

It is thinking about ‘size’ and ‘scale’ as two distinct things that the smaller works came in to being. The oil paintings, due to their size, are definitely much more intimate. Qureshi said, “I am not sure if I have entirely articulated my feeling about them, I guess I will let the viewer just experience them.”
Hassan Sheikh

Hassan Sheikh is a student of third year, BFA at the National College of Business Administration and Economics (NCBA&E). He is good with illustrations and often uses this talent in his artworks. However, he primarily draws inspirations for his installations and sculptures from trashed objects, obsolete vintage items, steel frames and shapes and everything that is normally considered discarded.

He looks at these objects as materials and his process includes converting them into art, while retaining their original purpose. All of these constructions primarily began as class assignments and are untitled.

One of the art pieces that he created is a lamp. It comprises a tripod stand with a traffic cone on the top. In between them is a circular wooden piece, extracted from an MDF during the fitting of a cooler into a window. The MDF is fitted with a bulb holder on top of which, the bulb is placed. This manipulation makes the tripod multipurpose, in that it can now be used as a table as well, while its use as a tripod stand is carefully retained. The use of a traffic cone and tripod stand balances out the whole impact of how two triangular pieces have been put together, with one being solid and the other being hollow.

One of his class assignments was a large construction of a tent, which was an outdoor installation. It was a collaborative work done with two of his classmates; Nida Sohail and Aisha Khan. The tent is basically a 6ft by 6ft cube with the parachute tent covering the hollow iron armature. Sheikh said, “The inspiration of this outdoor installation came from Rubik’s cube and is a mix of many areas of my interest including sculpture, textile and installation.”

Umar Nawaz recently graduated from the National College of Arts in January 2014 with an honours degree in Fine Arts. In sculpture, his main area of interest is the manipulation and exploration of material. The process, which the work goes through is what defines the piece; hence, his work is all about the treatment of the material in various ways.

Nawaz’s sculpture that is being exhibited has been made using the scraps of iron sheets. He recently visited a scrap yard where he saw different wires being pressed between machinery and was fascinated watching them converted into blocks. Nawaz said, “I experimented by collecting scraps and transformed the solid and strong material into a wall of amalgamated wires manually.”

The works of Usman Nawaz, Hassan Sheikh and Abdullah Qureshi will be on display from February 20 till March 8 at the Gallery 39K, Model Town, Lahore.