Unattended Pirowal Forest in a shambles

KHANEWAL-Situated some seven kilometres from Khanewal on main Lahore Road, the Pirowal Forest, under the sole control of Forest Department, has been in a shambles.

The forest is considered to be one of the most precious and spacious forests in the country. Its glory was increased when a wildlife park was added to it, and various animals were kept and bred in it.

According to the record and facts available with The Nation, the Pirowal Forest, established after partition by Pakistani government, was basically a great project as 19,000 acres of land was allocated for it to make it the country’s vast forest if not South Asia’s! But now it has been reduced to 7,000 acres only.

The reason, as told by a Forest Department official, is that three different projects were carried on the forest’s lands by successive regimes which included a vast wildlife park, a fisheries farm, and Jinnah Abadi Housing Scheme for the poor.

Encroachments and illegal occupations were also made on the forest’s land. Last year, 1300 saplings were planted while in the current year 900 saplings have been planted on 213 acres of the forest land.

The total figure of trees is 40,000 in the forest, at the moment. When asked what hampered the plantation of more saplings or trees, Forest Officer M Afzal revealed the lack of full time availability of water.

“If we get water round the year, in contrast to the six-month provision, we have been miles ahead in tree plantation, making great contribution to the cleanliness of environment in Khanewal”, forest officer described.

Meantime, local lady MPA Shahida Ahmad Hayat happened to reach the same resort on a surprise visit and critically inquired the pathetic condition of the forest and vowed to retrieve every inch of forest land from illegal occupants.

She visited all the fields where plantation was being done by Forest Department. When pointed out by The Nation, she noted and agreed that such trees should be planted as it could be a source of bringing more revenue to national kitty.

She said eucalyptus was not acceptable rather there should be Acacia trees, Mulberry trees, Azadirachta indica and shisham trees instead of current scheme of trees.

“For plain areas, the best choice is shisham tree which is a cash-tree’ said the lady MPA. She, while talking direct to Forest Department officials, said that the PTI government was exerting all-out efforts to make billion-tree campaign a success, and forests could be a major contributor in achieving this target. 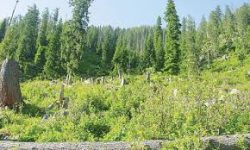 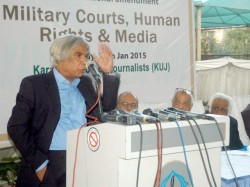 ‘Military courts will violate the right to fair trial’