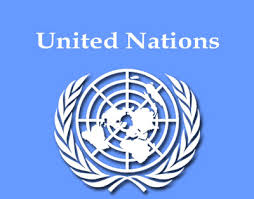 The UN plan was launched in a two-day international conference that concluded in Islamabad on Thursday, by Guy Berger, the Head of the Freedom of Expression Division at the Unesco headquarters in Paris and elaborated by Director Unesco-Pakistan Kozue Kay Nagata. The Plan will serve to support existing efforts to promote actions for the safety of the journalists in Pakistan by facilitating coordination and collaborative actions by various national and international media support and defence groups.

The conference brought together all key stakeholders from within Pakistan and key international media defence groups to discuss ways of combating the violence against media and journalists in the country and what best lessons from the world Pakistan could partly adopt. The conference noted with concern that over 90 journalists had been killed in Pakistan since 2000 and at least 70 journalists in the last five years alone and hundreds attacked, injured, kidnapped, arrested and intimidated in a variety of ways.

The conference highlighted and raised awareness about the UN plan in five pilot countries, including Pakistan, with the objective of building the country’s capacity to deal with safety of journalists. The international conference was organised by Intermedia Pakistan, a national media support and development group, with the support from Open Society Foundation-Pakistan (OSF), International Media Support (IMS) and Unesco. The conference was extended support by the government of Pakistan, key political parties including PPP, PML-N, PML-Q, ANP, MQM and PTI.

‘Editors for Safety’ to be formed to counter violence against media