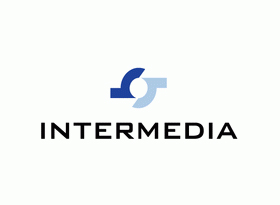 ISLAMABAD: In little over two months this year, five confirmed journalists were killed in line of their duty – one in North Waziristan and four in Balochistan. Pakistan has been ranked the “most dangerous country” for journalists in 2009, 2010 and 2011.

The impunity on crimes against journalists made the situation so vulnerable that media is vanishing from some places across country, especially Balochistan and tribal areas.

With government’s efforts appear to have led the journalist community to total disappointment over failures to stem the killings of journalists, the UN Action Plan on impunity against journalists may prove last chance to end this impunity.

A two-day international conference is being held in Islamabad on March 6-7 seeking to highlight the issue globally, benefit from the UN focus on Pakistan as a pilot country, as well as to help Pakistan’s beleaguered media defence community network with their counterparts at the international level in aid of beefing up their capacity to combat impunity against journalists in Pakistan, Adnan Rehmat, executive director of Intermedia organizing the conference, told Daily Times.

The conference is being jointly held with financial and technical assistance of IMS, Open Society Foundation (OSF), UNESCO and Intermedia Pakistan, a statement from the organizers read.

“It aims at highlighting and raising awareness about a new UN Action Plan against impunity in five pilot countries, including Pakistan, with the objective of building the country’s capacity to deal with safety of journalists and impunity issues ,” Adnan gave background details about the conference.

The UN Plan of Action is expected to be rolled out in the coming weeks in Pakistan and is aimed at lending international support for action against impunity, including strengthening efforts led by both governments and the media sector and facilitating greater multi-stakeholder collaboration.

“The conference will aim to establish two alliances – a ‘Pakistan Alliance of Media on Safety’ and an ‘International Friends of Pakistan Media on Safety’ – by linking up media defence groups from Pakistan with their key international level counterparts to facilitate networking on solutions and ideas as well as inflow of international support, advocacy expertise and technical assistance for Pakistan’s media,” Adnan spoke of likely outcomes of the conference.

Statistics, provided by Intermedia, say over 90 journalists have been killed in Pakistan since 2000 and at least 70 journalists in the last five years alone and hundreds attacked, injured, kidnapped, arrested and intimidated in a variety of ways. From 2007 to 2013 the average of journalists killed every year is 13 – one every 28 days.

There has been no prosecution and conviction of any attacker – the prevalence of impunity is huge. Despite recent efforts by a variety of actors to combat this trend, the scale of impunity hasn’t been dented.