QUETTA: Four people, including two women, were killed in a road accident in the Bela area of Balochistan on Thursday.

The victims were moved to nearby hospital and the bodies, after medico-legal formalities, were handed over to the heirs. Due to critical condition of the injured, the doctors referred them to hospitals in Karachi. Police have registered a case and started investigation. 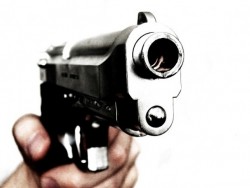