By: Anwarullah Khan and Haleem Asad

KHAR/TIMERGARA: Two women, one from Bajaur tribal agency and the other from Lower Dir district, made history on Sunday when they became the first tribal women to file nomination papers to contest elections for National Assembly.

Talking to Dawn, Ms Zari said that she would contest the election to work for the tribal women’s welfare.

“I want to work for the betterment of women in the tribal area, especially Bajaur Agency, which has suffered immensely in the tribal system,” she said.

She said no lawmaker from the tribal area had ever raised issues of women of the area in the National Assembly.

Replying to a question, she said she was not scared of anything or anyone and was determined to contest election because this was her constitutional and religious right. She said she would launch her election campaign soon.

The other woman candidate Nusrat Begum of Lower Dir, filed her papers for NA-34 constituency as an independent candidate.

Nusrat Begum, wife of Karim Khan, is the first woman in Lower Dir ever to pick up courage and decide to contest elections.

Talking to journalists, Nusrat Begum, who was the district vice president of Pakistan Tehreek-i-Insaaf, said she would contest election as an independent candidate because her party had allotted ticket to another candidate.

“All the people who won from the constituency in the past did nothing for people’s betterment,” she said, adding that if elected she would work to provide basic amenities to the people, especially women, children and minorities.

Political observers and analysts termed the submission of nomination papers by women candidates from Bajaur and Lower Dir district a major development and said that now no-one could stop women from taking part in elections and exercising their right to vote. 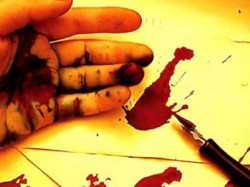 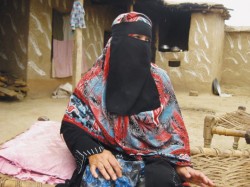