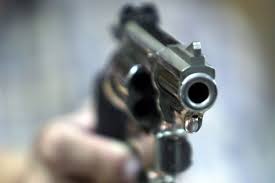 MULTAN: Police prepared the sketch of the two assailants on Friday who shot dead Rashid Rahman, lawyer and coordinator of the Human Rights Commission of Pakistan’s (HRCP’s) special task force, on Wednesday at the HRCP office near Kutchery Chowk, Superintendent of Police (SP) Saifullah told Dawn.

Advocate Nadeem Parvaz, one of Rashid’s colleagues, and client Fazal Hussain were also injured in the attack.

Sources said police investigators were mainly banking on the weapon used in the shooting — 0.22 pistol – as a small number of people had the weapon and it would help them trace the assailants.

Mr Saifullah said that the family of Rashid was in a shock and the police were waiting to get their assistance in the investigation.

He said that police were collecting evidence in the backdrop of threats Rashid had received. He said that the police would go for geo-fencing of the area to trace the assailants. He said that they would also examine the cases the deceased was pursuing as a lawyer.

He said that besides the Junaid Hafeez blasphemy case in which he had received threats, the police were also not ignoring the involvement of a third hand.

Qul for Mr Rahman were held on Friday at Hassan Parwana Colony. A large number of lawyers, civil society, rights activists and people from various walks of life were present.

LAHORE: Lawyers of Lahore on Friday boycotted courts to condemn the murder of Rashid Rahman in Multan.

The Lahore High Court Bar Association also held its general house meeting and adopted a unanimous resolution condemning the murder of advocate Rahman. The house demanded that the government arrest the killers at the earliest and extend financial assistance to the victim’s family.