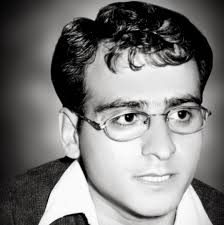 Two journalists and an accountant were shot dead, when unidentified assailants attacked the offices of “Online” news agency on August 28, 2014 in Quetta, the capital of Balochistan province.

Those killed included Irshad Mustoi, Bureau Chief, Abdul Rasool Khajjak, reporter and Muhammad Younas, accountant. They were working in their office when armed men barged in at about 7:45 and opened fire and left the crime scene. No one has so far clamed responsibility for the attack.

Khajjak and Younas died instantly while Irshad was critically injured and died on way to hospital. The bodies were shifted to the hospital and initial examination showed that they suffered fatal bullet wounds in chest and head.

Mustoi, 35-year-old was also working as Assignment Editor of ARY News television channel. He was also General Secretary of Balochistan Union of Journalist (BUJ). The deceased left behind a widow, two daughters and a one year-old son.

Abdul Rasool Khajjak was a final year student of Mass Communication at Balochistan University. He had completed a three-month internship in the news agency and now working as a reporter.

Mohammad Younas was serving as an accountant in the news agency for a number of years.

President Pakistan Federal Union of Journalists (PFUJ) and other journalist unions across the country have condemned the murders and called for immediate arrest of the killers. PFUJ has announced to observe a ‘black day’ on August 29, 2014. Quetta Press Club (QPC) has also announced a three-day mourning.