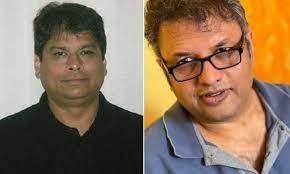 Pakistan Press Foundation (PPF) is concerned at the arrest of two journalists — Amir Mir and Imran Shafqat — in Lahore on August 7 by the Federal Investigative Agency (FIA). While the investigating body has issued a statement for the reasons for their arrest, it is an overreach of the FIA’s powers to detain the journalists without the necessary judicial proceedings.

According to reports, Mir was picked up by the FIA cybercrime cell when he left for office. Mir runs a web channel called Googly News TV, a YouTube channel for which has 357,000 subscribers. Shafqat is associated with Tellings with Imran Shafqat, which has a following of 121,000 YouTube subscribers.

According to a press release issued by the FIA, the two journalists were arrested on the basis of  a First Information Report (FIR), registered against them for ridiculing judiciary judges, Pakistan Army and women. The press release stated that their programs and messages on YouTube channels Googly and Tellings were weakening the basis of national security institutions and the judiciary and by doing so were attempting to weaken people’s trust in these institutions. The FIA added that they had also ridiculed women.

The press release concluded that the two had been released on bail; however, investigations were ongoing. They added that further evidence would be collected against the two and a case would be submitted in the court.

It is worth noting that on June 30, the Islamabad High Court had warned the FIA cybercrime wing to “exercise its powers judiciously or else the court would impose heavy costs on the investigation officers for misuse of authority.”

While the FIA is a body tasked with investigations, it cannot misuse its authority to intimidate journalists. The decision to arrest Shafqat and Mir without a trial, based on a criminal complaint, can be seen as an overreach of their authority. PPF urges the investigating body to ensure clarity and transparency in its investigative process so that journalists are not picked up at random. It is vital that evidence is collected, and investigations are completed prior to arrest, not after.

The Pakistan Federal Union of Journalists (PFUJ) also strongly condemned the arrest, labelling it an abduction.  A statement issued by PFUJ President Shehzada Zulfiqar and Secretary General Nasir Zaidi said that the federal government should immediately investigate why the journalists were arrested and urged them to adopt “concrete steps for the safety and security of [the] entire journalists’ community in Pakistan”.

The PFUJ statement added that under the Pakistan Tehreek-e-Insaf government the FIA is being used to harass journalists and media workers. They said that in the last year, 49 journalists had received notices from the FIA and just in the past month senior anchor person Nadeem Malik and journalists Asfhaq ur Rehman and Mashood Aslam had been issued notices.