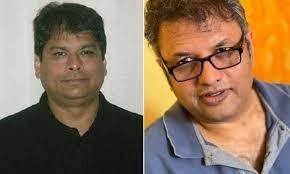 Both journalists, who were picked up from their residences here, were released after a detention of a few hours.

“The station house officer of the FIA cybercrime wing granted them bail on the personal assurance (of a senior journalist), which is very rare in such cases. Usually, the FIA produces a suspect before a court of law within 24 hours of the arrest for his remand,” an official told Dawn.

The FIA cybercrime wing Lahore spokesman said: “Suspects Amir Mir and Imran Shafqat were arrested under sections 11 (hate speech), 13 (electronic forgery), 20 (offences against dignity of a natural person) and 24 (cyber stalking) of the Prevention of Electronic Crimes Act 2016 and 505 (incitement against armed forces), 500 (defamation), 509 (insulting the modesty of women) and 469 (committing forgery intending to harm reputation), of the Pakistan Penal Code. Both suspects are accused of humiliating the Pakistan Army, judges of superior courts and women.”

In a statement, the agency further said the YouTube channels of the suspects – Googly (Mir) and Tellings (Shafqat) – had broadcast programmes that allegedly attempted to weaken the foundations of the national security institutions and the judiciary, and also maligned them. “In addition to this, they also humiliated women.”

The FIA said the suspects had been released on bail, as investigation was under way. “More evidence will be collected against the suspects and presented before the court,” it declared.

After their arrest, a group of senior journalists led by Lahore Press Club president Arshad Ansari reached the FIA office to lodge protest and held talks with the cybercrime wing head.

Talking to Dawn, Mr Ansari said both journalists had been released on “personal assurance” of senior journalist Sohail Warraich.

Amir Mir is the brother of journalist Hamid Mir, who was recently taken off air from Geo News for allegedly speaking against the army. The TV anchor later offered an apology over the speech he made at a protest against attacks on journalists and said he had no intention to defame the institution.

“Such illegal and unwarranted arrests show government’s disrespect towards freedom of the press, free speech and expression in the country and such draconian measures are against the civil liberties guaranteed in 1973 Constitution of Pakistan” they said.