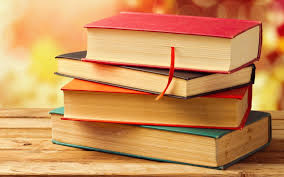 Presiding over the ceremony, renowned poet and educationist Dr Pirzada Qasim said the two books were of high importance among Urdu short stories and dramas, since they had covered many social and economic issues of the society.

He said the entire family of Iqbal Nazar had served the cause of art and literature.

Famous actor and writer Talat Hussain observed that Iqbal Nazr had written marvelous plays and short stories, adding that the plays adopted from foreign literature had also been developed with a local touch.

He pointed out that Nazar had used to publish a wonderful Urdu quarterly titled ‘Collage’ that covered almost all the important writers and their creative projects. He advised Nazar not to publish such a huge quarterly and instead minimise its quantity so the people could read it fully and timely.

Noted writer and anchor Ali Hassan Sajid, who conducted the proceedings of the function, also presented extracts from the stories and plays by Iqbal Nazar.

Sajid pointed out Iqbal Nazar as being editor of the Urdu quarterly ‘Collage’ which has recently been published as a special issue titled ‘Mutala’ae Gulzar’, sharing details about the life and work of renowned Indian Poet, lyricist, artist and film director Gulzar.

At another function arranged by the Fiction Group, prominent writers and scholars paid glowing tributes to late Professor Ali Haider Malick for his services rendered in the field of literature.

The sitting held at the residence of prominent poet and critic Sabe Ekarm was presided over by well-known humorous writer Dr Mohsin Sahkeel.

As a teacher he taught literature to students of masters and encouraged a lot of junior writers for writing stories, learning the art of criticism and comosing poetry.

As a columnist he wrote columns for different newspapers, including famous Urdu weekly ‘Akhbar-e-Jahan’.

As a short story writer, he published his collection titled ‘Be-zameen, Be A’asman’ and after his demise A Khayyam collected all his other stories and published in the form of a collection titled ‘Ali Haider Malick kay afsane’. Prof Malick died last year on December 30.