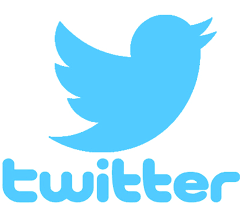 KARACHI: Twitter was flooded with people from across the country sharing selfies outside polling stations or while grabbing free coffee, mocktails and cupcakes on Wednesday.

”His sisters, Bakhtawar and Aseefa, posted a selfie with their father Asif Ali Zardari in front of a portrait of their mother and former prime minister Benazir Bhutto. Bakhtawar tweeted: “Pres #Zardari just voted in #Nawabshah — once victorious will become a member of the National Assembly of Pakistan & will be joining @BBhuttoZardari in #Parliament inshAllah.”

Former Punjab chief minister and Pakistan Muslim League-Nawaz president Shahbaz Sharif shared a photo of his mother who had come to cast her vote — supporting one son while the other is currently in prison.

He tweeted: “The beauty of democracy, exercising power of the ballot, it was a moving moment to see my esteemed mother going all the way to cast her vote in a wheel-chair. Her prayers are a source of strength to all of us in the family, particularly in these trying times…”

Earlier, he said: “Just cast my vote. High time that all of you came out to vote for Pakistan’s progress and prosperity. May this election be a source of peace and stability for the nation!”

Former foreign minister Hina Rabbani Khar took to Twitter to share her polling experience. “My salute to the people of #Pakistan- saw old women unable to walk properly, younger women carrying their infants standing under scorching sun, disabled men walking towards the polling station. They r fulfilling their duty. My salaam to their commitment #Election2018.”

“Our #polling agent was thrown outside saying they are not allowed in. Was asked to speak to someone- apparently the RO. Explained that legally they r allowed in. Point being- where r the instructions coming from? And why is the LAW not being followed.

“#ECP has failed to invest in any training- Presiding Officers & APOs seem to be clueless. In 45 C it’s taking 30 mins to cast ur vote once inside with a wait outside of 2-3 hrs. No water to drink. Unfair to put people through this ordeal to exercise their right to vote.”

PTI’s Asad Umar tweeted: “Pakistanis have won the toss and elected to bat…”

Inter-Services Public Relations Director General Maj Gen Asif Ghafoor praised the people of Pakistan and the armed forces for their work on polling day. “Thank you fellow Pakistanis. World has seen your love & respect for Pak Armed Forces & LEAs today. U hv rejected all kinds of malicious propaganda. We are strong because we have your unflinching support. Our lives are dedicated to Pakistan and its People. Pakistan wins again!”

Kashmiri leader Mirwaiz Umar Farooq tweeted about how the Kashmiris were following elections in Pakistan. “Elections in #Pakistan being keenly followed in Kashmir in spite of Govt’s recent ban on Pakistani News channels here. People in #Kashmir wish and pray for a strong and stable Govt there.”

Senator Sherry Rehman of the PPP tweeted: “Really good to see sisters coming out in bigger numbers to vote than before! This is the first most crucial step to becoming stakeholders in democracy. Hope they can all get in to vote before deadline shuts down polling. Appealed to ECP to accommodate all voters in long lines.

“At the PPPCentralElection Cell we r flooded with over 250 complaints from all the provinces about irregularities in polling. The biggest worry at this hour is the large numbers of voters left out of polling stations, especially women, where the turnout is high but polling too slow.”

Shehryar Taseer, son of assassinated PPP leader Salmaan Taseer, tweeted: “On a lighter note it was a great feeling to go and vote with my brother @ShahbazTaseer. In 2008 I was still studying & therefore not in Pakistan. In 2013 he was not in Pakistan (he was in Afghanistan).”

Earlier, she tweeted: “My mother has been to three polling stations already. Since no address was provided, and two separate polling stations named in her 8300 message, she just gave up and went home. Thank you ECP.”

VOA’s Ayesha Tanzeem tweeted: “This is the village of Hakeemullah Mehsud, the TTP leader who was killed in a drone strike in Nov 2013. It is the first time since 2002 the villagers are voting. In 2008 & 2013 they didn’t due to security situation or displacement.”