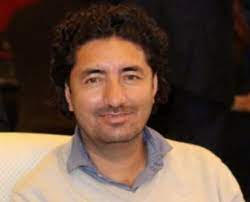 ISLAMABAD: A TV journalist Shabbir Hussain died of cardiac arrest around an hour after giving a live beeper from the Red Zone on Monday. He was 38.

Mr Hussain is survived by a widow, three daughters and two sons, all in their teens. His Namaz-i-Janaza was held at Muslim Colony Ground, Imam Bari Sharif and later his body was taken to his ancestral village in Skardu.

According to family members, Shabbir Hussain had felt pain in his chest in the morning and called a friend who is a doctor at Pakistan Institute of Medical Sciences (Pims). According to Dr Faisal, he advised Shabbir to rush to the hospital as the symptoms appeared to indicate heart attack.

“He told me that he was sweating and feeling pain in his chest and in medical terms, these are not good signs,” the doctor said. However, instead of reaching the hospital, Shabbir Hussain preferred to respond to the call of duty and went for his assignment, which however, proved to be his last.

Immediately, after the attack, he was rushed to the hospital where he was provided medical assistance, but it was too late. Health Minister Abdul Qadir Patel and Information Minister Marriyum Aurangzeb, in their messages, condoled the death of Shabbir Hussain. The journalist community has also expressed grief and sorrow over the sad demise of Mr Hussain.