PESHAWAR: After watching the stories of alcoholics and crazy Pukhtuns unfold on previous Eids, thousands of movie buffs now head to cinemas in the hope to catch some prayers of the malang.

With seven new attractions, the city’s cinemas have seen packed houses during Eidul Azha. The movies hit the silver screen on the first day of Eid and continue to draw people from Peshawar and other cities near the metropolis.

“This is the only source of entertainment in the city,” says Naeemullah while standing at Arshad Cinema in Peshawar. It is one of the theatres drawing large crowds. “Every Eid, people head to the cinemas to watch the latest flicks.”

As the occasion seems to rouse a love for cinema among citizens, moviemakers take full advantage of the opportunity, resulting in a marked increase of releases during
Eid holidays.

Cinemagoers say the quality and format of films has been the same through the ages despite the introduction of new technology. Violence still reigns supreme.

The woeful seating conditions and crackling sound systems make cinematic experiences less rewarding. However, as long as there is Eid, new releases will pour in.

Like on Eidul Fitr, seven new Pashto films have been introduced on Eidul Azha. These include Malang Pa Dua Rang, which is being shown at Arshad Cinema. It is produced by none other than the theatre’s owner; Arshad Khan. The film features Shahid Khan and Sobia Khan in the leading roles.

Viewers say the storyline is similar to that of other films, however, the choreography and new songs from talented singers give it that extra edge. “The film is a super hit,” boasts Shahid Khan. “Since Eid day, it has been watched by more than 15,000 people,” says the actor. Arshad and Shahid both say they try to bring top entertainment for movie lovers.

Both of them simultaneously act, produce and direct Pashto movies.“If people’s appreciation continues, we will not only revive the film industry but also the cinemas.” Arshad says the quality and quantity of Pashto films is increasing and this is an indicator that people like their work.

Arshad’s other hits include Zway da Sharabi (Son of an Alcoholic), King Khan, Baz aw Shahbaz (Hawk and Eagle) and Lewanay Pukhtun (Crazy Pukhtun); all of which were released on previous Eids and were commercial successes.

Meanwhile, two other movies Tezab and Iqrar, were released at Arshad and Sabrina cinemas, respectively, and were directed by Shahid Usman. He made his debut earlier in the Pashto film industry with two well-received movies.

Other films were released at Tasweer Mahal Cinema, Capital and Naaz Cinema, while those theatres unable to secure the latest movies put up some older flicks to capitalise on the movie fever during Eid.

The producers of Malak pa Dua Rang say the film has also been released at cinemas in Karachi and Quetta and has done booming business in both cities. 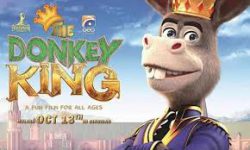 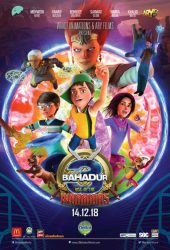 3 Bahadur: Rise of the Warriors set to release on 14th